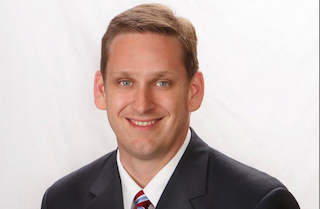 The day after 22-year-old Elliot Rodger went on a drive-by shooting spree near UC Santa Barbara that left seven people dead including himself, a number of California residents received a poorly-timed robocall from congressional Republican candidate Tony Strickland.

The call, which was scheduled before news broke of the mass shooting, touted Strickland’s “lifetime ‘A’ rating” from the NRA and his intention to “oppose, and actively fight, any legislation that would take away our 2nd Amendment right to bear arms.” As a state senator, Strickland represented a district that included Santa Barbara and Isla Vista, where the shooting took place.

When contacted by The Huffington Post about the timing of the call, Strickland’s spokesperson said, “Our thoughts and prayers go out to the families and victims of this tragedy,” but would not say whether the calls would be suspended in the aftermath of the shooting.

Of course, if the candidate believes as deeply in unfettered gun rights as the robocall suggests, then those views should not be any different the day after a major shooting incident. His campaign’s official Facebook page posted a Memorial Day greeting Monday morning, but has made no mention of the shooting.

Of the Republicans aiming to succeed retiring Rep. Howard McKeon (R-Santa Clarita), Strickland has raised by far the most money, more than $1 million as of last week, according to the Los Angeles Times.

Full transcript of the call is below:

Protect our gun rights, vote for Tony Strickland for Congress. Tony Strickland has a history of protecting our 2nd Amendment rights and will do the same in Congress, Tony Strickland was a founding member of the NRA Member Council and former California Rifle and Pistol Association Legislator of the Year.

Tony has been a longtime supporter of the rights of citizens to keep and bear arms and will continue to oppose, and actively fight, any legislation that would take away our 2nd Amendment right to bear arms. As the founder of the Freedom Firearms Coalition and with a lifetime ‘A’ rating from the NRA, we can count on Tony Strickland to protect our constitutional rights.

Listen to audio of the robocall below, via santaclarita.com: