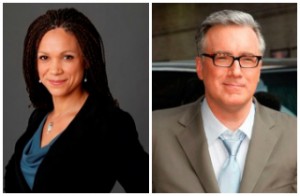 That’s what a former MSNBC anchor recently told me is the primary objective of network President Phil Griffin. Create some noise, get some free press—good or bad—doesn’t matter. It’s all about drawing people to a place they otherwise wouldn’t visit. In the words of James Earl Jones, “Oh…people will come, Ray. People will most definitely come. “

When it came to getting buzz, no one did it better for MSNBC than Keith Olbermann. Sure, half the country held him in the same contempt normally reserved for a Bernie Madoff or Casey Anthony. But he got his name in the paper every day, got mentioned directly or indirectly by his competitors often. He was the Howard Cosell of cable news, a broadcaster who once had the dubious (or glorious) distinction of being voted in TV Guide as the most loved and hated man in America—simultaneously—back in the 70s.

“Arrogant, pompous, obnoxious, vain, cruel, persecuting, distasteful, verbose, a show-off…I have been called all of these things,” Cosell once said.

So when seeing the attention Melissa Harris-Perry has generated in the past two weeks alone, one has to wonder if we’re seeing the next Olbermann on MSNBC. Judging by the combustible comments she’s made on air (calling fertilized eggs “things” for example, before breaking a model of the female reproductive system on national TV), and by this network promo she’s featured in, the 39-year-old Tulane Political Science professor is now the straw that stirs Griffin’s drink.

Does, say…Chris Matthews make what some would consider more outlandish statements? Absolutely. But Matthews is like Joe Biden: “A cartoon of a cartoon,” as fellow MSNBC personality Michael Steele described him to his face on Tuesday.

By being predictably hyperbolic almost every night, the Hardball host loses his ability to be shocking enough to be seen outside of 30 Rock. At this point, the dismissive reaction to Matthews is the same as the days when Brett Favre used to throw another ill-advised, across-the-body pass into double coverage with the game on the line, “Oh well…that’s just Brett being Brett…just trying to make something happen,” John Madden always would say.

Over the past two days alone, she’s been discussed/attacked at length by The Five and FOX & Friends, which therefore means that her opinions are now being heard by three, four, five times the audience they normally are if just left to those watching MSNBC. And that’s a good thing since ratings—pooh-poohed by some as irrelevant—are ultimately needed to, you know, actually stay on the air.

The latest uproar from the right centers around Harris-Perry’s promo that claims children ultimately belong more to their community (“collective” child-bearing) than to their parents. This is all prefaced with a call for more funding for public education (despite the U.S. already being one of the biggest spenders in the world in that category).

Her mindset isn’t very different from the 2016 presidential frontrunner, who once wrote an entire book on the subject.

Of course, Harris-Perry fails to mention in the ad that her own daughter is above that community she speaks so highly of, attending the prestigious all-girls’ private Louise S. McGehee School in New Orleans. It’s not too different from the upbringing of another controversial MSNBC figure, Touré, who played tennis at the private school he once attended with some other members of the richest one percent.

Hilarious hypocrisy aside, Harris-Perry has been a public target of the likes of Glenn Beck, Sarah Palin, Rush Limbaugh, Sean Hannity, and four-fifths of the cast of The Five. And if you’re gaining their attention and drawing their ire, it’s mission accomplished in the progressive world.

Last week, that same 8:00 PM timeslot for All In with Chris Hayes averaged 651,000 viewers in its debut week.

Rachel Maddow and Lawrence O’Donnell are also suffering from a relatively slow news cycle and are struggling of late.

MSNBC, the place for politics, is mostly built around election seasons and the antagonists from the Republican Party those events create.

So somebody has to find a way to rally the base and get the other side so riled up, they (FOX and conservative radio hosts) use whole segments on their top-rated programs to address that somebody.

That somebody is Melissa Harris-Perry.

Whether you agree with her positions or not, there’s one thing those paying attention can agree on.

If she keeps getting the buzz her boss craves, we’re going to be seeing a lot more of her…

And not just on MSNBC…