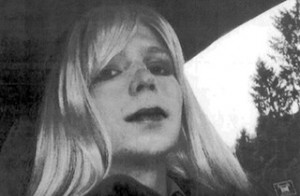 After being sentenced to 35 years in prison for leaking a trove of some 700,000 government documents to Wikileaks, Chelsea Manning is appealing her conviction and calling the sentence “grossly unfair and unprecedented.”

“No whistleblower in American history has been sentenced this harshly,” Manning’s attorneys write in their appeal brief. “Throughout trial the prosecution portrayed PFC Manning as a traitor and accused her of placing American lives in danger, but nothing could be further from the truth.”

The prosecution, they write, sought to make an example of her, and the “overzealous nature of the prosecution made the trial unmanageable, confused the military judge, and caused a myriad of errors.”

They argue that a 10-year sentence would be more appropriate as it “will adequately punish her, deter others, and allow her to receive the treatment and care she needs.”

The ACLU filed a separate brief saying that “Manning’s prosecution was separately unconstitutional because the military judge overseeing the trial barred Manning from asserting any defense on the basis that the information she disclosed was in the public interest,” according to The Guardian (where Manning was brought on as a contributing writer in Feb. 2015).

The Open Society Justice Initiative (OSJI) filed another brief arguing that Manning’s “overall motive was to advance the public interest” and “the public interest value of some of the disclosures justifies mitigation of the sentence.”

In an op-ed published in the New York Times in June 2014, Manning defended her decision to leak the cables regarding the wars in Afghanistan and Iraq, writing, “I believe that the current limits on press freedom and excessive government secrecy make it impossible for Americans to grasp fully what is happening in the wars we finance.”