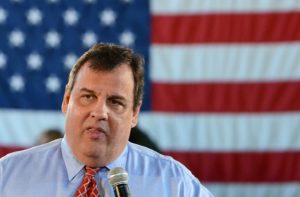 As the Bridgegate trial continues, people close to Chris Christie are revealing some interesting details about their behind-the-scenes operations and some plans they had for the New Jersey governor’s unsuccessful 2016 presidential bid.

According to The New York Times, Christie aides saw certain opportunities that the Port Authority could help them with in his campaign:

They saw the Port Authority of New York and New Jersey and its resources — money, jobs, symbolic artifacts from the wreckage of the World Trade Center after the Sept. 11 terrorist attacks — as assets that could be traded for endorsements and support in both campaigns.

David Wildstein, a former Port Authority official close to Christie, actually said in court, “Just to be clear, at some point hundreds of flags flown over the WTC will find their way to VFW’s all through Iowa, New Hampshire and South Carolina… I was conveying to Mr. Stepien that the flags that could be used to the governor’s political advantage in New Jersey could be used in those three states.”

And that wasn’t even the only 9/11 mention during the Bridgegate trial this week, for Wildstein also claimed that he and the then-deputy executive Port Authority director told Christie about that traffic jam on the anniversary of 9/11:

Before the ceremony, Wildstein and Baroni met Christie between the World Trade Center construction site and the Sept. 11 memorial, Wildstein said. Prosecutors showed several photos of the three men outside the ceremony.

Wildstein said Baroni spoke to the governor in a “very sarcastic tone.”

“Mr. Baroni said to Governor Christie, ‘Governor, there’s a tremendous amount of traffic in Fort Lee this morning, a major traffic jam, and that you’ll be pleased to know that Mayor Sokolich is very frustrated that he can’t get his telephone calls returned,’” Wildstein said. Christie, Wildstein told the court, “responded by saying that ‘I imagine he wouldn’t be getting his phone calls returned.”