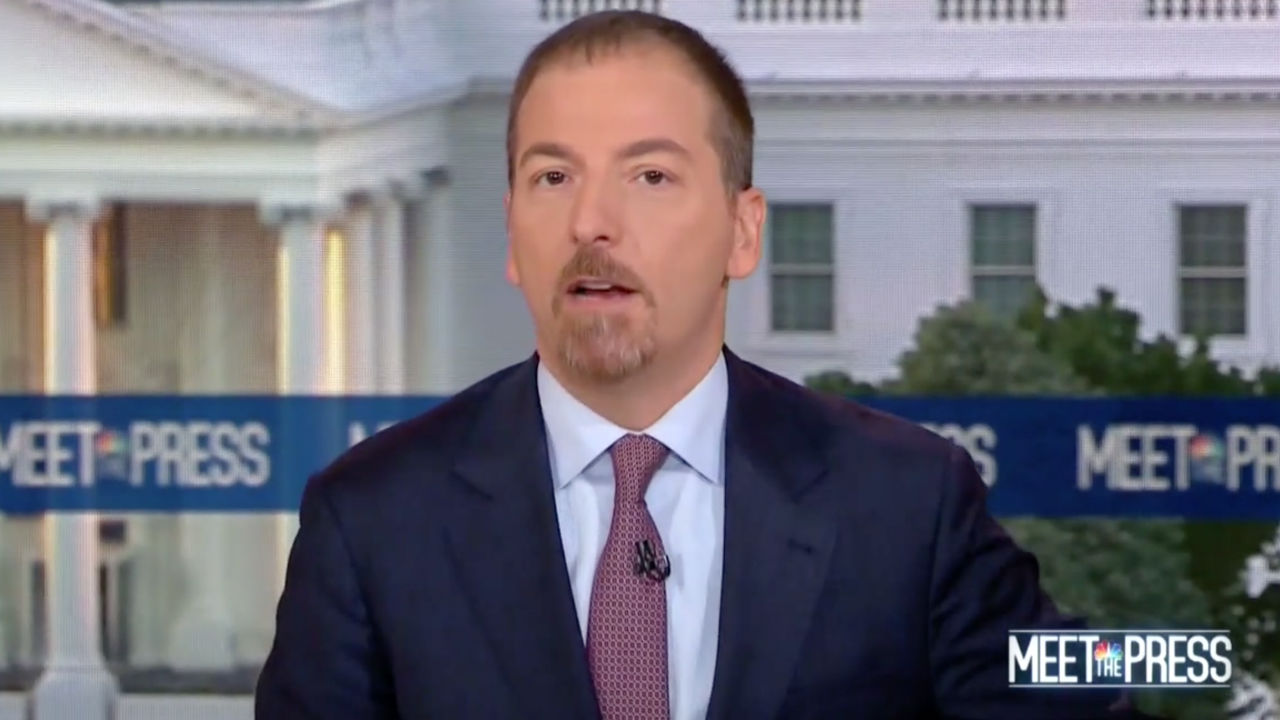 NBC’s Chuck Todd wrote an op-ed making the case that Roger Ailes and Fox News are heavily to blame for the hostily the press has been facing.

In a piece published by The Atlantic, Todd began by explaining there’s a “new kind of campaign underway,” a campaign “to destroy the legitimacy of the American news media,” insisting reporters haven’t faced such hostility since the days of the segregated South.

He accused prominent conservative media figures like Rush Limbaugh, Matt Drudge, and the Fox News primetime lineup Sean Hannity, Tucker Carlson, and Laura Ingraham of “exploiting the fears of older white people” in order to attain wealth and power, adding that President Donald Trump “didn’t start the fire” when it comes to bashing the media but that his involvement has “spread it to a potentially more dangerous place.”

Todd then put focus on Fox News founder Roger Ailes, noting he worked for the Nixon administration and took his motivations of undermining the press with him and calling him the “godfather of the Trump presidency.”

“From the very beginning, Ailes signaled that Fox News would offer an alternative voice, splitting with the conventions of television journalism. Take the word balanced. It sounded harmless enough. But how does one balance facts?” Todd asked. “A reporting-driven news organization might promise to be accurate, or honest, or comprehensive, or to report stories for an underserved community. But Ailes wasn’t building a reporting-driven news organization. The promise to be “balanced” was a coded pledge to offer alternative explanations, putting commentary ahead of reporting; it was an attack on the integrity of the rest of the media. Fox intended to build its brand the same way Ailes had built the brands of political candidates: by making the public hate the other choice more.”

Todd acknowledges that there are “some great journalists” at Fox News, citing Chris Wallace, Bret Baier, and Shep Smith as examples, but believes Fox News doesn’t “showcase” or “emphasize its reporting and journalism bur rather “focuses on attacking the ‘liberal media’ whose ‘liberal bias’ was ruining America.”

“Almost anybig story that was potentially devastating to a conservative was “balanced” with some form of whataboutism. The Ailes construction has been so effective that these days, I often get mail from viewers who say: Now that you’ve focused on all of President Trump’s misdeeds, you are biased if you don’t dedicate the same amount of time to Hillary Clinton’s misdeeds. It seems completely lost on this segment of the population that one person is the leader of the free world, and the other is a retiree living in the suburbs of New York City.” Todd argued. “Because journalists report on new and controversial ideas all the time, it’s not uncommon for us to be accused of championing an idea—think of same-sex marriage—that some members of our audience find objectionable. Letting folks know that a movement is afoot, and documenting its successes and failures, is our job. But Ailes exploited the public’s lack of knowledge of journalistic conventions, portraying reports aboutsocial change as advocacy for such change. He played up cultural fears, creating the mythology of a biased press.”

The Meet the Press anchor “fully” acknowledged that reporters “bring their own biases to their work” but that “overt bias is far rarer,” adding that “ironically” that can be found on primetime at Fox News.

“But this was the genius of Roger Ailes. He didn’t sweat the nuance; he exploited it. Errors of omission and commission, inadvertent inattention and willful disregard, unconscious assumptions and deliberate distortions—Ailes collapsed all of it into the single charge of bias,” Todd continued. “And what did we reporters do in the face of this cable onslaught that would eventually turn into a social-media virus and lead us to the election of the most fact-free presidential candidate in American history? Nothing. We did nothing, because we were trained to say nothing. Good reporters know that they have to let the chips fall where they may, and that criticism comes with the gig. We know that the loudest squealers are usually the ones we’ve exposed doing something untoward—and that eventually they’ll get theirs.”

After being told “don’t engage” over the years, Todd now argues to the exact opposite.

“Instead of attacking rivals, or assailing critics—going negative,in the parlance of political campaigns—reporters need to showcase and defend our reporting. Every day, we need to do our job, check our facts, strive to be transparent, and say what we’re seeing,” Todd expressed to other journalists. “I’m not advocating for a more activist press in the political sense, but for a more aggressive one. That means having a lower tolerance for talking points, and a greater willingness to speak plain truths. It means not allowing ourselves to be spun, and not giving guests or sources a platform to spin our readers and viewers, even if that angers them. Access isn’t journalism’s holy grail—facts are.”