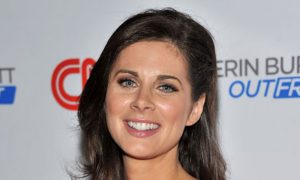 It’s not exactly radical to say that people care about their communities, whether the community is a physical region or a group of people with something in common. When a black person is killed by the police, black citizens of the town served by the cop’s precinct and their allies often protest. It makes sense.

Large-scale demonstrations, though, tend to attract others. Sometimes, the people who come from beyond the region are there because they believe in the message or mission of the protests. Other times, they see an opportunity to act up, get violent, or otherwise cause a scene. Because they aren’t from the community, they aren’t as likely to care about businesses or reputations as those who are protesting because they want to make their town a better place. These destructive demonstrators are called “agitators” and it is widely believed that Ferguson, Missouri, had many of them when they went through an uprising against police brutality and racism in 2014.

CNN’s Erin Burnett tweeted today that she had learned how many of those who were arrested at the protest last night in Charlotte, North Carolina, were from other states.

Charlotte police sergeant tells me 70% of ppl arrested last night had out of state ID: “these are not protestors, these are criminals”

While many out-of-state protesters surely believed in furthering the message that America rejects police brutality, it is worth noting that the police sergeant made a distinction between those who were arrested and the real protesters who are specifically going out to represent and defend their city.