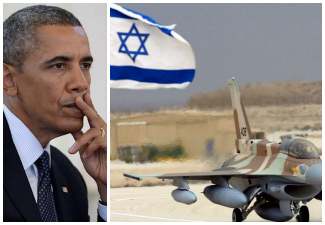 It would be an amazing scoop. “Well placed sources” in the Israeli government confess that after many nights of “deliberation” Israel had actually prepared to bomb Iran’s nuclear facilities last year. That plan only thwarted when President Obama himself threatened to shoot down the Israeli planes. Wow.

Now major publications like FoxNews.com and The Daily Caller in addition to the usual suspects in the conservative blogosphere have picked up on the “report.” It was even the lead story on Drudge.

​It fits so neatly into many conservatives pre-conceived notion of President Obama’s Israel policy — except, of course, that it’s almost certainly untrue.

The source of the report so absurd that one might think it emanated from the parody site The Onion. Try and keep this straight: a Bethlehem-based news agency called Ma’an cited a Kuwaiti newspaper called Al-Jarida which is now, in turn, being cited by something called Israel National News which is serving as the source for the American publications.

Yes, a Kuwaiti newspaper (at least according to the translation from a Bethlehem based news service as reported by an Israeli website) with its anonymous and undefined sources deep inside the Israeli government scooped everyone for this world exclusive. One can understand why some conservatives jumped on the story but wouldn’t this also mean that President Obama isn’t such a weak-kneed international coward? Threatening to shoot down planes?

I have long agreed with those who believe the U.S. media often unfairly covers Israel but how can anyone (credibly) complain about media coverage of Israel on the one hand, and then on the other treat this sort of middle east rumor mongering with anything but the utmost contempt? It may fit with a particular perspective of President Obama but that doesn’t mean it comports with any sense of reality.

Like a lot rumors lately about Iran talks, there is no truth to "reports" about Obama & Israeli jets.