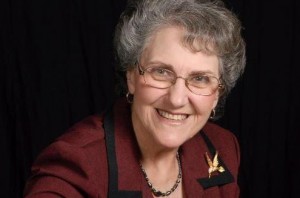 A creationist and conspiracy theorist who believes, among other things, that President Obama was once a “male prostitute in his twenties,” will not serve on the powerful Texas state Board of Education.

Mary Lou Bruner lost a GOP primary runoff for a seat on the board Tuesday night. Just two months ago, she almost won the primary outright after capturing 49 percent of the vote.

After several reports came out earlier this year, commenting on some of the more bizarre views that Bruner had expressed on Facebook, she scrubbed most of her public profile. Although she was commenting on her own posts in February, asserting that she adhered to a young earth creationist view, writing:

I believe there was a Great Flood. How do YOU explain fossils of seashells and other sea animals on tops of mountains all over the world? How do you explain the Grand Canyon? You are very naive if you believe a tiny river carved out the Grand Canyon. I believe it took a lot more water than that to carve out the Grand Canyon and other land and rock formations formed by water erosion. You can call me ignorant or intolerant or whatever you want, but I did not make fun of YOUR religion.

As we mentioned in March, shortly after she lost the primary, Gawker had run a thorough profile of Bruner, preserving many of her Facebook posts, in which she lays out her positions on…

“When I wrote those things, I wasn’t even intending to run for the state board of education. I had no idea that I would,” Bruner told a local news station.

Bruner’s campaign was being watched nationally because the Texas Board of Education holds an outsized influence on school curriculums across the country, owing to the state’s large population and its correspondingly large share of the nation’s school textbook market.

The Daily Beast‘s Zack Kopplin wrote, “For years, the Board of Education has provided the high-octane fuel of the culture war, undermining evolution in science class, requiring history textbooks to teach that Moses inspired the Constitution, and downplaying the role of slavery in the Civil War.”

The Guardian reports that many of Bruner’s Facebook posts were saved by the left-leaning watchdog group Texas Freedom Network, whose president said after the election, “Texas escaped an education train wreck tonight.”