Dan Rather: History’s ‘Verdict Will Be Harsh’ on People Who Don’t Stand Up to Trump 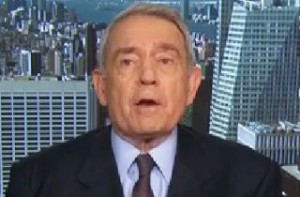 Following Trump’s comments, in which he encouraged “2nd Amendment people” to fight back against a potential Clinton presidency, former CBS anchor Dan Rather published a post on Facebook excoriating anyone in the media sphere too feckless to stand up to the GOP nominee and his incitements to violence.

No trying-to-be objective and fair journalist, no citizen who cares about the country and its future can ignore what Donald Trump said today. When he suggested that “The Second Amendment People” can stop Hillary Clinton he crossed a line with dangerous potential. By any objective analysis, this is a new low and unprecedented in the history of American presidential politics. This is no longer about policy, civility, decency or even temperament. This is a direct threat of violence against a political rival. It is not just against the norms of American politics, it raises a serious question of whether it is against the law. If any other citizen had said this about a Presidential candidate, would the Secret Service be investigating?

Rather condemned both reporters who journalists to failed to properly call Trump out for his rhetoric and milquetoast Republican politicians too craven to acknowledge the depths to which their candidate has sunk. “To anyone who still pretends this is a normal election of Republican against Democrat, history is watching,” Rather wrote.

“And I suspect its verdict will be harsh. Many have tried to do a side-shuffle and issue statements saying they strongly disagree with his rhetoric but still support the candidate. That is becoming woefully insufficient. The rhetoric is the candidate.”