Dana Carvey Acknowledges the ‘Trump Fatigue’ Over Comedy About POTUS 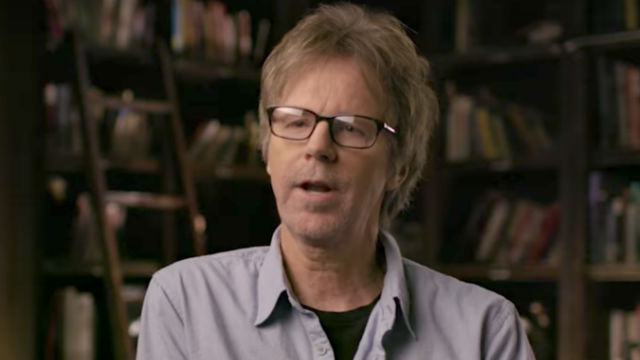 Comedy icon Dana Carvey has impersonated presidents for years, and he sounded off in a new interview about how he too wonders about “Trump fatigue” in comedy.

Between SNL and late night alone, there’s already a lot of Trump mockery on TV, and Carvey himself has fun with it too. But in an interview with The Daily Beast, he talks about not being a “proselytizing comic” and how other comics today are a little more open about jabbing Trump:

I’ve never been a proselytizing comic, like, hey folks, listen up. That being said, Trump is just, rhetorically so over the top and he’s fighting the world right now. He’s fighting everybody on every cylinder. But it’s different knowing a comedian’s politics. It’s the modern era. Obviously, certain late-night hosts don’t do that and they don’t matriculate. “Colbert annihilates Trump.” That just comes up on my newsfeed.

He praised Alec Baldwin for his “great” take on Trump, but said, “I do wonder about Trump fatigue. I wonder where it goes. Where Trump goes and where the satire goes. Do you? Like, where’s it gonna go?”

Carvey talked about being from an era where “you make fun of both sides and you don’t find a choir and preach to it.” (In this very interview, Carvey did a Jimmy Carter impression imagining the former president going to North Korea and repeating the “Little Rocket Man” line.)

He personally gets that “Trump fatigue” too and says, “Then something will change, I’ll find a different rhythm, it’ll get interesting again. But I’m just as interested in doing other presidents around Trump and juxtaposing.”