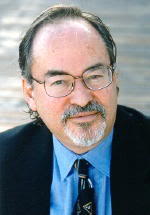 Ultra-conservative author and columnist David Horowitz unleashed a racial, if not racist, attack on Fox News liberal analyst Marc Lamont Hill on Friday – and it started an online war or words between the two.

Is it simply an extension of a regular, and famous, Fox News viewer reacting to a strong left voice often seen tangling with others on the network – or is it something more personal?

Horowitz wrote a reaction column to Hill’s appearance on The O’Reilly Factor Friday night, in which he was on to talk about Iran. In Horowitz’ mind, the appearance was an “insult” to O’Reilly’s viewers, and to African Americans:

If O’Reilly wants to bring Hill on to defend Ludacris or some other morally-challenged rapper then fine. If he is the best defender that ACORN can get, then fine too. But spectacles like tonight’s segment are like circus sideshows that reflect poorly on the judgment of the Factor’s producers and are unworthy of the Factor itself.

Obviously, there’s a lot here – and the implication is, again, racial, if not outright racist. Hill took to Twitter to respond. While noting his friends told him “ignore” Horowitz, he gave a couple 140-character responses:

David Horowitz has made his career calling people communists and/or anti-semites. He sees no irony in challenging credentials, while exercising the freedom to talk about whatever he wants with NO training at all. How does his Masters in literature allow him to write books on Islamic radicalism? Furthermore, why hasn’t he challenged Sean Hannity or Rush Limbaugh‘s ability to analyze politics and lead the GOP w/ HIGH SCHOOL DIPLOMAS? If I write about the hypocritical and intellectually impoverished nature of his project, it’ll will only feed his unmerited self-importance.

Sensing an opportunity for an escalating feud, Horowitz responded today with a new, even more vitriolic column. He writes Friday’s appearance “fed the soft racism of low expectations and that it was in fact an insult to all those black academics who would actually have had something intelligent to say about the Iran crisis,” and he grouped Hill with Michael Eric Dyson and Cornel West as “black intellectuals promoted well beyond their abilities…who are poisoning the minds of black youth.”

Hill had more to say on Twitter in response to this. In part: “My Ph.D. isn’t in hip-hop. I’m trained as an anthropologist. I have worked on two presidential campaigns. I have lived in the middle east. I speak arabic fluently and have spent time working with the anti war-movement in the geographic and political middle east…Unfortunately, Mr. Horowitz is too blinded by his own logical fallacies and personal biases to see the obvious.”

There are two ways this can go: either FNC can embrace the feud or they have to publicly shun Horowitz. On one level, Hill and Horowitz debating the premise of Horowitz’ original column would be incredible television. Horowitz likes to stir things up with purposely provocative projects. This would certainly be what Horowitz wants. It gets him on TV. And although he’s an attention-grabbing conservative, toeing the line of bigotry with winking glee, he isn’t dumb. It would be a powerful segment.

Then again, he has now personally attacked a Fox News employee, and the entire staff of Bill O’Reilly‘s top-rated show. O’Reilly has the power to knock Horowitz where it hurts – from atop his well-respected throne, where he addresses right-wingers who watch his show by the millions. If he puts Horowitz in his place, for stirring the racial pot and attacking the credentials of an O’Reilly regular and, in a sense, Bill O’Reilly himself, and makes a declaration that Horowitz will not appear on his program until he apologizes, it will severely affect the author’s credibility – and bottom line.

Horowitz hasn’t appeared on O’Reilly’s show in awhile, but he was on Glenn Beck‘s program earlier this month. Here’s the appearance: