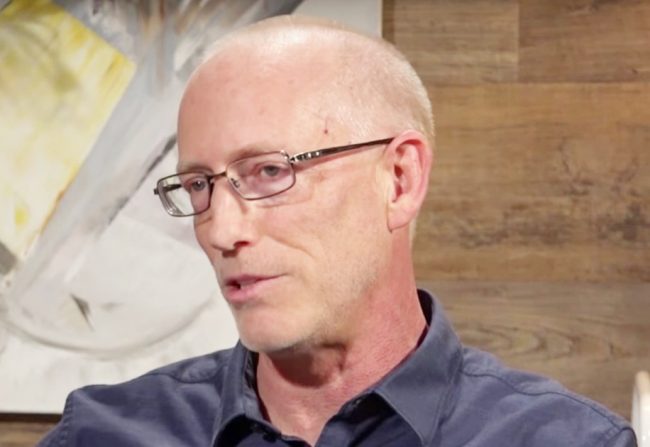 The creator of Dilbert wrote a skeptical blog post about the recent gas attack in Syria, which killed dozens, including children.

Scott Adams‘s doubts about whether Bashar al-Assad ordered the act against his people comes from the fact that the mainstream media, “that has been wrong about almost everything for a solid 18 months in a row,” is reporting on the attack, which looks “almost as if someone designed this ‘tragedy’ to be camera-ready for President Trump’s consumption.”

During the election season, the Donald Trump backer shared his belief that ISIS could somehow demonstrate they preferred a Hillary Clinton presidency by not attacking America.

Anyway, his “I’m going to call bullshit on the gas attack” post is here. Spoiler alert: He doesn’t really have any idea what really did happen if he ends up being right about the attack and says he doesn’t think we’ll “ever know.”