Donald Trump Lashes Out: Bob Woodward's Book is a 'Scam'

Donald Trump Lashes Out: Bob Woodward’s Book Is a ‘Scam,’ These Quotes Are Made Up’ 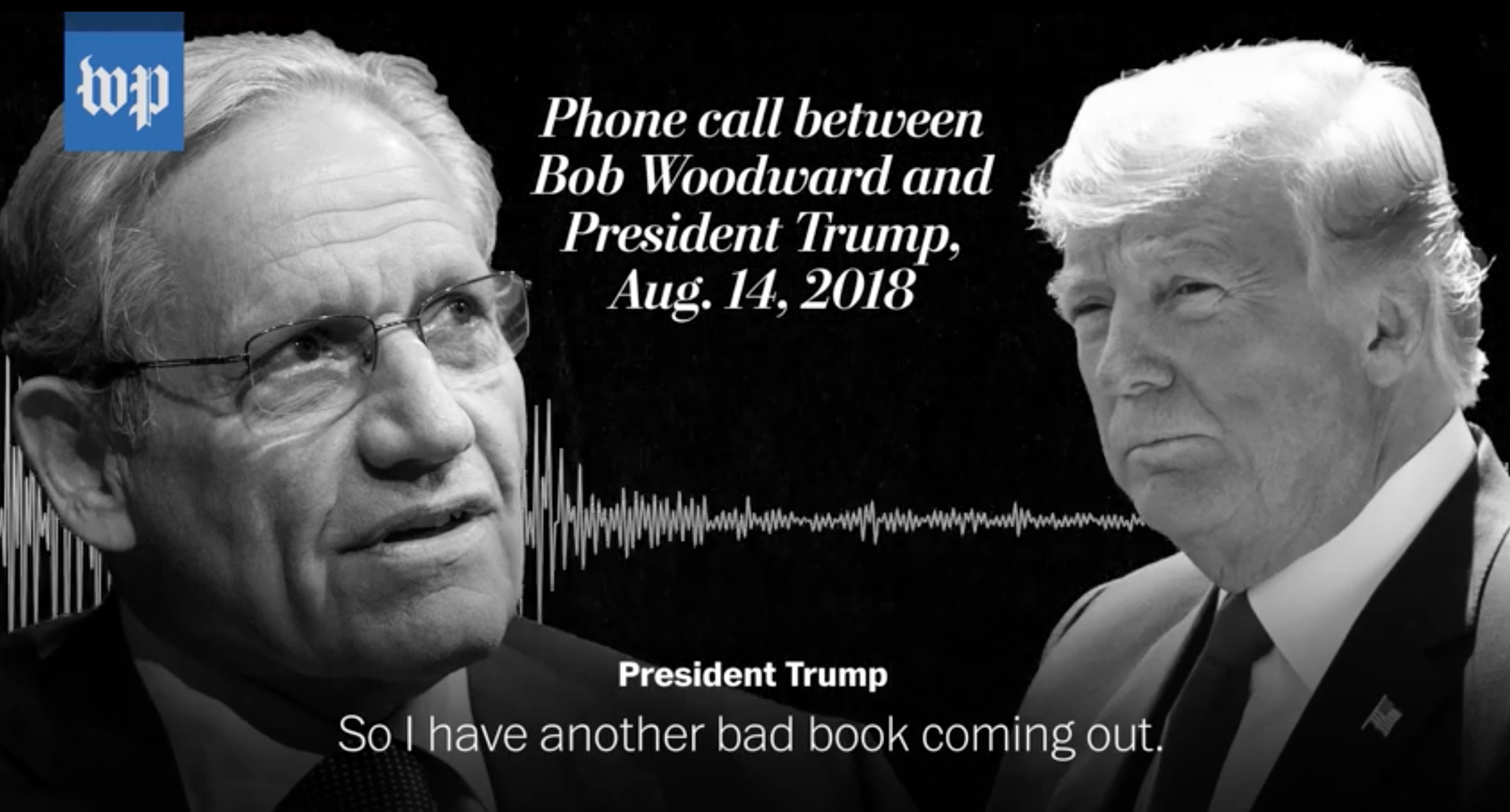 Donald Trump got on the presidential Twitter machine again today in order to declare that Bob Woodward‘s book on his administration is a “scam” and full of fabrication.

The Woodward book is a scam. I don’t talk the way I am quoted. If I did I would not have been elected President. These quotes were made up. The author uses every trick in the book to demean and belittle. I wish the people could see the real facts – and our country is doing GREAT!

Throughout the week, the White House has faced dozens of question about the book, refuting the allegations that Trump regularly goes on enraged tangents with his staff as they frantically try to contain his chaotic tendencies. Woodward’s book was based on numerous first-hand sources, documents and administrative memorandums, and it was corroborated even further by the anonymous Trump official who penned an op-ed for New York Times about an inner-government “resistance” to stop Trump from acting upon his worst impulses.