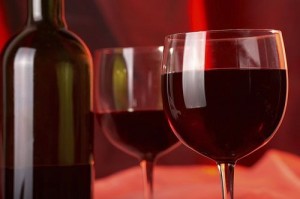 On Wednesday night, Economist and Rutgers associate business professor Susan Feinberg kept tabs on Rep. Paul Ryan‘s dinner tab at Washington’s Bistro Bis, and confronted the Congressman after his meal for partaking in $350-a-bottle wine, while his party seeks painful cuts to government programs for senior citizens and the poor. Ryan, for his part, was prepared when TPM asked him about it, giving his side of the story, and even producing a receipt.

According to TPM, Feinberg was shocked when she noticed the bottle of Jayer-Gilles 2004 Echezeaux Grand Cru that Ryan was consuming with two companions, but really didn’t like what happened next:

Feinberg, an economist by training, was even more appalled when the table ordered a second bottle. She quickly did the math and figured out that the $700 in wine the trio consumed over the course of 90 minutes amounted to more than the entire weekly income of a couple making minimum wage.

I’m appalled, too. For $350 bucks, they should have gotten a whole box of the stuff, and at that price, I would have insisted on a much fresher wine.

Feinberg says she confronted Ryan after the meal, asking him “how he could live with himself,” and whether the congressman’s companions were lobbyists, at which point things started to go a little Road House:

“F—- her,” one of them replied and stood up in a menacing way, according to Feinberg’s account. Feinberg said her husband then “puffed out his chest” in response before the manager and a waiter came over and Feinberg decided she had said her piece and it was time to leave.

Ryan says his companions were not lobbyists, but rather, economists. I’m not sure how this helps his case, but Ryan insists he didn’t even know how much the wine cost when he ordered it. He also told TPM that Feinberg was “‘crazy’ and possibly drunk.”

Feinberg said she’d only had about half a bottle of wine with dinner, and was “emboldened,” but not drunk. Ryan says he only had one glass of wine.

This is the kind of story that the political media eats up, like the time John McCain couldn’t remember how many houses he owned while he was calling then-Sen. Barack Obama an elitist, or all of those eco-conscious celebrities who fly around on fossil fuel-guzzling private jets. Fair enough, Ryan was drinking some pretty expensive wine.

However, Washington, DC is just an expensive place to eat, period. That’s why, unless I’m mooching off of a more well-heeled colleague, or there’s an open bar, you’ll always see me nursing a light beer and scarfing bar nuts. If I saw Paul Ryan, or any other legislator, at a place like Bistro Bis with an Amstel Light in hand, I’d probably sneer, “Poseur!”

Be that as it may, I think we all have the right to eat dinner without being annoyed by some other patron of the same upscale restaurant (the federal minimum wage won’t even get you a plate of fries at Bistro Bis) who thinks we’re spending too much on dinner.