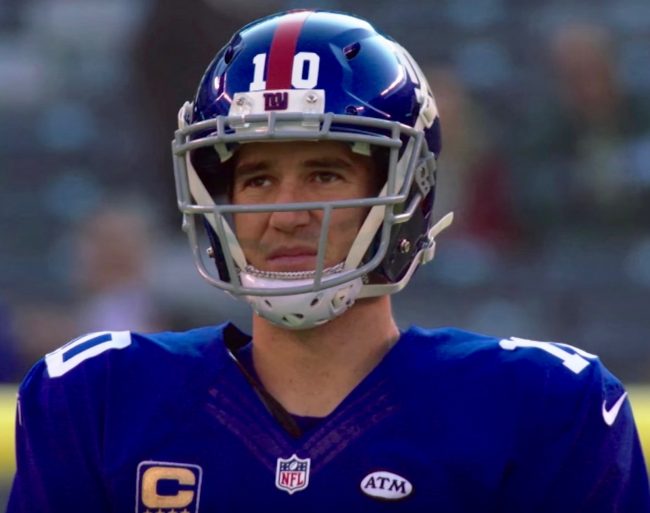 New emails published Thursday cast suspicion on New York Giants quarterback Eli Manning — who is alleged in a lawsuit to have been involved in a phony memorabilia scheme.

According to an exclusive New York Post report, Manning wrote an email to Giants equipment manager Joe Skiba in April 2010 — in which the two-time Super Bowl MVP requested some gear “that could pass as game used” in order for Manning to fulfill his contractual obligations with a memorabilia dealer.

“2 helmets that can pass as game used. That is it. Eli,” Manning wrote, per the Post‘s report.

Minutes later, Manning then wrote to his marketing agent, Alan Zucker, “Should be able to get them for tomorrow.”

One of plaintiffs in the lawsuit, whose lawyers produced these emails in a court filing on Tuesday, reportedly plunked down $4,300 for what was marketed as a “game-used” Manning helmet from the 2007 season, in which the Giants won the Super Bowl.

The allegation comes as a blow to Manning, who has long cultivated a reputation as one of the NFL’s most upstanding citizens. Along with Arizona Cardinals wide receiver Larry Fitzgerald, Manning recently won the NFL’s Walter Payton Award for excellence on and off the field.

In a statement to the Post, the Giants defended Manning.

“The email, taken out of context, was shared with the media by an unscrupulous memorabilia dealer and his counsel who for years has been seeking to leverage a big payday,” the statement said. The Giants added, “Eli Manning is well known for his integrity and this is just the latest misguided attempt to defame his character.”