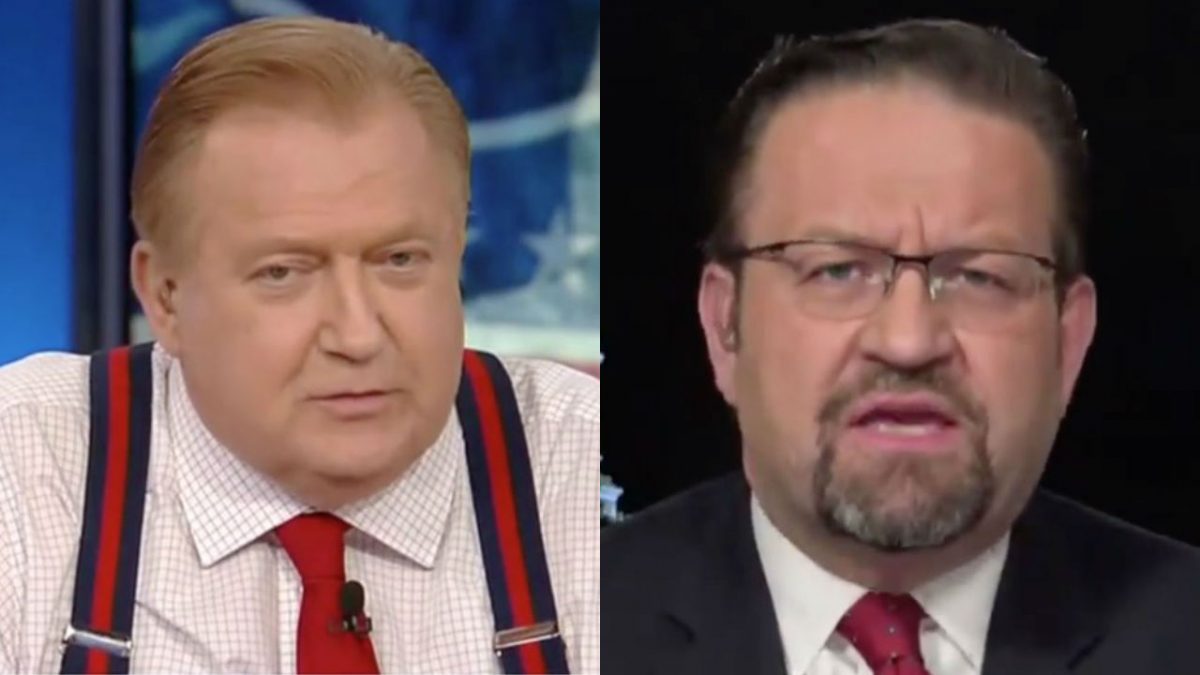 This morning Gorka appeared on Fox & Friends to talk about former President Barack Obama‘s speech yesterday, saying Obama’s whole presidency “was an embarrassment when it comes to everything from the economy to national security.”

After Fox News tweeted about it, Beckel––who was fired from the network last year––tweeted that Gorka is “dumb and full of horseshit.”

As always Seb Gorka is dumb and full of horseshit

Gorka responded by first snarking that he thought Beckel was dead before saying, “Clearly he’s not dead, given that this is typical of his rhetorical acumen.”

Clearly he’s not dead, given that this is typical of his rhetorical acumen.

No wonder you totally fell of the radar @RobertGBeckel and ended up under the table. https://t.co/ORbC5fpLHn

A few months ago Beckel swiped at his former show The Five and Fox News in accidentally-public tweets.