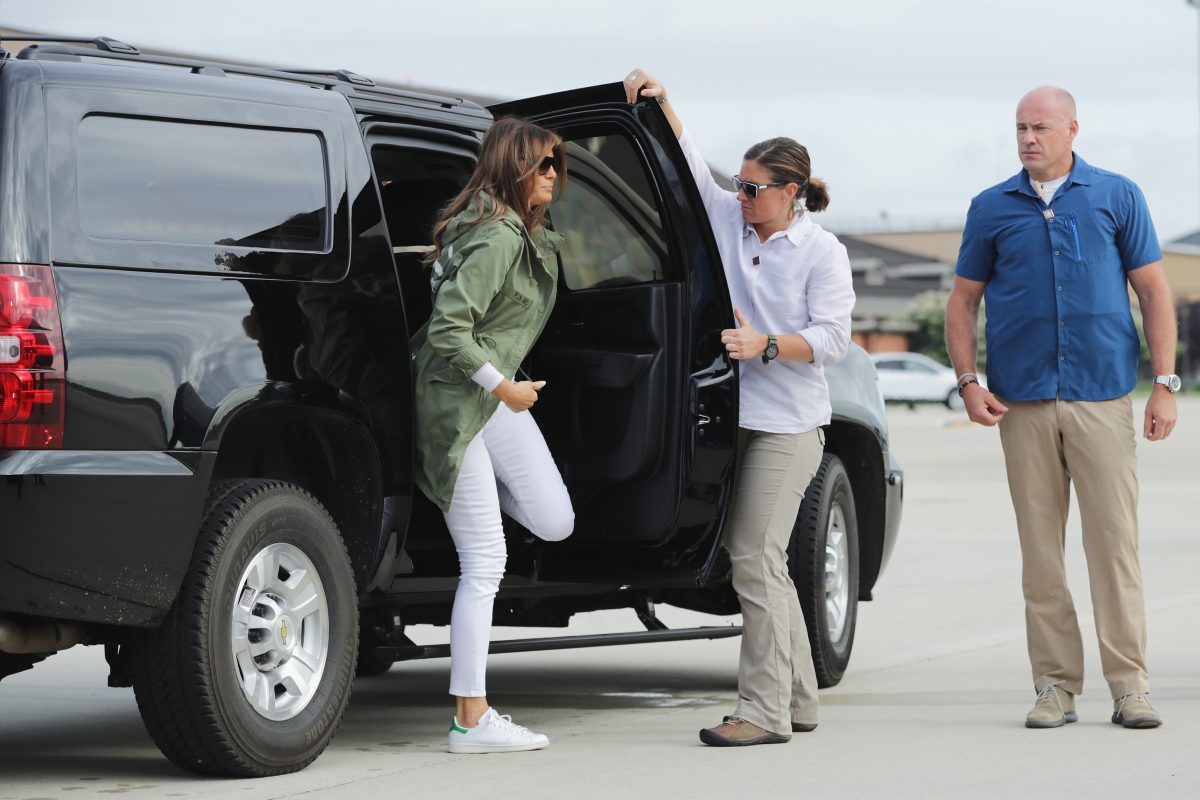 Melania Trump spokeswoman Stephanie Grisham jumped to the first lady’s defense after she rather tastelessly donned a jacket which read on the back “I REALLY DON’T CARE DO U?” on her way to visit detained migrant children.

Today’s visit w the children in Texas impacted @flotus greatly. If media would spend their time & energy on her actions & efforts to help kids – rather than speculate & focus on her wardrobe – we could get so much accomplished on behalf of children. #SheCares #ItsJustAJacket

Today’s visit w[ith] the children in Texas impacted FLOTUS greatly,” Grisham insisted. “If media would spend their time & energy on her actions & efforts to help kids – rather than speculate & focus on her wardrobe – we could get so much accomplished on behalf of children.”

It’s not like the media didn’t focus on the first lady’s actions: Making a visit to a detention center and asking how she could help return migrant children to their families was definitely a step in the right direction. But when you wear a coat with a message like that for an occasion like this, you have to expect to get some pushback.

Which makes the hashtags at the end of Grisham’s tweet ring hollow. She tried to make #SheCares and #ItsJustAJacket happen; they’re not going to happen.

First of all, when you’re a woman in the political sphere, a jacket is never just a jacket. I mean, look at all this hullabaloo over Hillary Clinton wearing a simple white ensemble to accept the Democratic Party’s nomination in 2016. Clothes matter.

Second of all, #SheCares is a pretty awkward statement to make about someone who only appeared to give a crap about migrant children being separated from their families behind the scenes and in a year and a half hasn’t spoken up about, well, much of anything except how to “Be Best,” whatever that means.

Next time, Stephanie, just make sure she doesn’t leave the house in that coat.