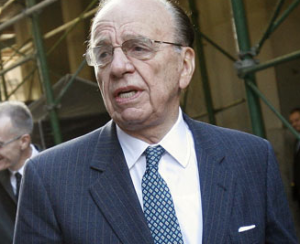 According to a report by ProPublica and the Guardian, key members of the family that controlled The Wall Street Journal now say they would not have agreed to sell the paper to Rupert Murdoch if they’d known about the phone-hacking underway at the time at News Corp’s News of the World. “If I had known what I know now, I would have pushed harder against” the Murdoch bid, said Christopher Bancroft, a member of the family that controlled Dow Jones & Company, publishers of the WSJ.

At the time, Bancroft had sole voting control of a trust representing 13% of Dow Jones shares in 2007, when Murdoch took control of the Journal. Bancroft tells ProPublica’s Richard Tofel the allegations now known about phone hacking at Murdoch’s News of the World would have forced him to “hold out.” Other family members expressed similar reservations about allowing the Journal to fall into Murdoch’s hands:

Lisa Steele, another family member on the board, said “it would have been harder, if not impossible” to have accepted Murdoch’s bid had the facts been known. “It’s complicated,” she added, and “there were so many factors” in weighing a sale. But she said: “The ethics are clear to me – what’s been revealed, from what I’ve read in the Journal, is terrible. It may even be criminal.”

Elisabeth Goth Chelberg, a Bancroft family member not on the board who had long advocated change at Dow Jones, expressed similar sentiments. Asked if she would have favoured a sale to Murdoch in 2007 knowing what she now does, she said: “My answer is no.”