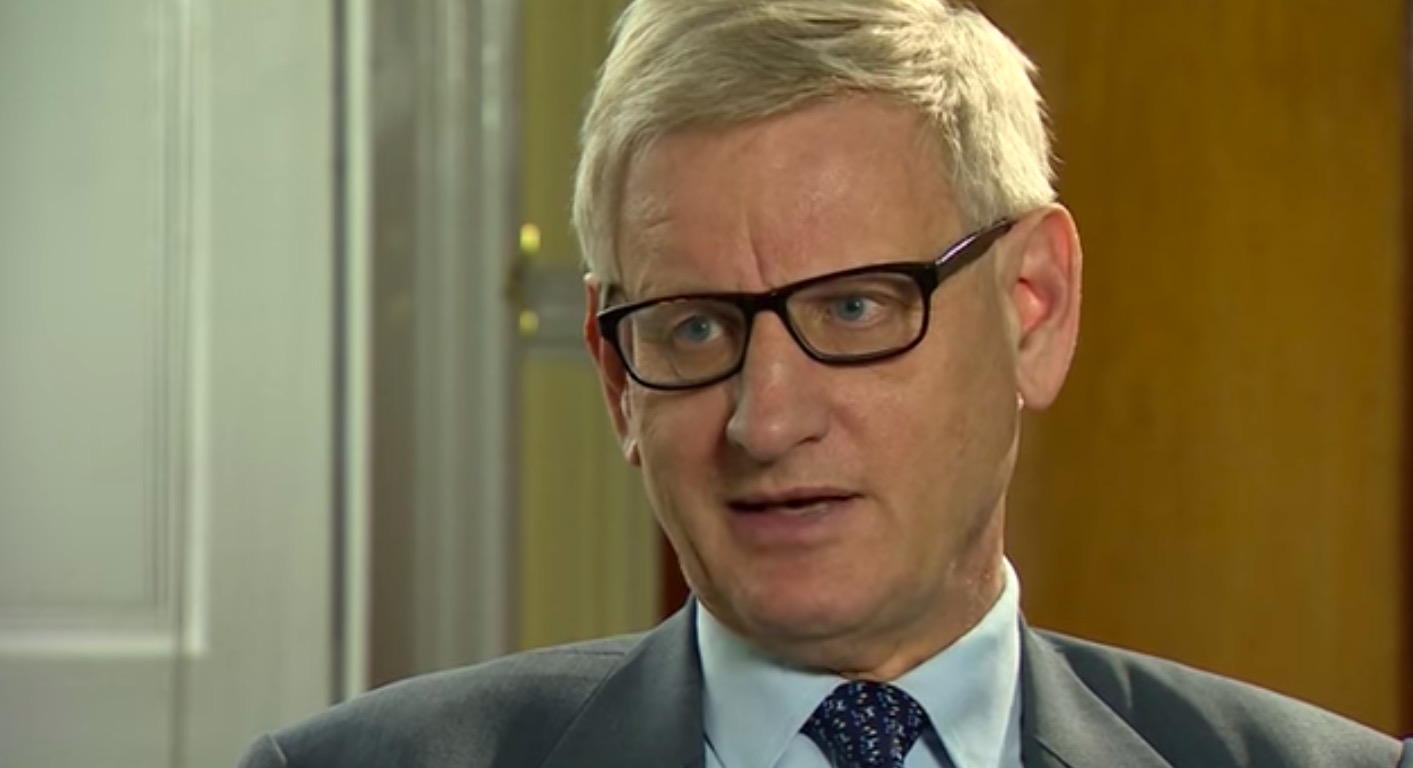 “Political interference is distinctly off limits! Clear?” said Bildt, as he reminded the president that the rule of law applies to everyone equally in both the US and Sweden.

The rule of the law applies to everyone equally and is exercised by an independent judiciary. That’s the way it is in the US, and that’s certainly the way it is in Sweden. Political interference in the process is distinctly off limits! Clear? https://t.co/8iTc9Y0df3

Bildt then took a dig at Trump by reminding him that Trump himself is not above the law amidst allegations that he tried to obstruct justice.

If @realDonaldTrump tries to obstruct justice in his own country he will be in deep trouble with the very principles of the US constitution. https://t.co/hN8TH9yXDh

Trump had tweeted that he was “very disappointed” with Prime Minister Stefan Löfven for not interfering in the case. “I watched the tapes of A$AP Rocky, and he was being followed and harassed by troublemakers,” said Trump.

Very disappointed in Prime Minister Stefan Löfven for being unable to act. Sweden has let our African American Community down in the United States. I watched the tapes of A$AP Rocky, and he was being followed and harassed by troublemakers. Treat Americans fairly! #FreeRocky

He also used an argument he commonly resorts to, saying that America does so much for Sweden but “it doesn’t seem to work the other way around.”

Give A$AP Rocky his FREEDOM. We do so much for Sweden but it doesn’t seem to work the other way around. Sweden should focus on its real crime problem! #FreeRocky

After weeks being detained in Swedish jail, A$AP Rocky has been charged with “Assault Causing Actual Bodily Harm” from his involvement street brawl. This could result in up to two years of jail time, but the prosecutor of the alleged victim said to TMZ he will not recommend the full two-year sentence if Rocky is convicted. The trial is expected to take place within the next two weeks.