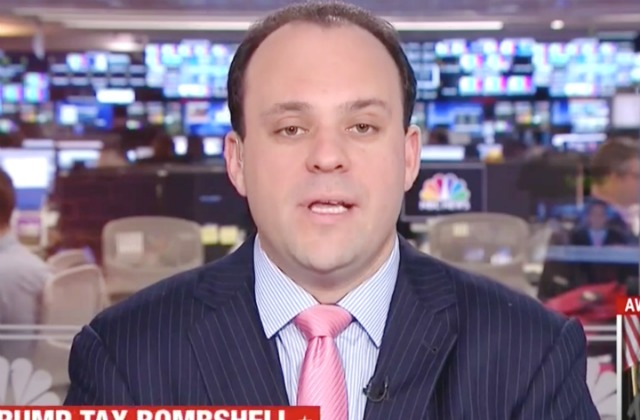 Yet another former Trump aide has been dragged into the Russia probe.

According to multiple reports, the House Intelligence Committee has reached out to former Trump surrogate Boris Epshteyn for information as part of their investigation into Russian interference in the 2016 election.

“Like many others, Mr. Epshteyn has received a broad, preliminary request for information from the House Intelligence Committee,” Epshteyn’s attorney said, in a statement to ABC News. “This is a voluntary request. Mr. Epshteyn has not been subpoenaed nor do we anticipate that he will be.”

Epshteyn served as a special assistant to President Donald Trump in charge of surrogate operations, but left in March and recently joined Sinclair Broadcast Group as chief political analyst.

Epshteyn’s public comments on Russia have been very cautious. In a recent appearance on Real Time, Epshteyn told host Bill Maher that not only was he confident special counsel Robert Mueller‘s investigation will show there was no collusion between the Trump campaign and Russia, he wasn’t even prepared to say that Russia meddled in the 2016 election — a position which stands in conflict with the U.S. intelligence community.