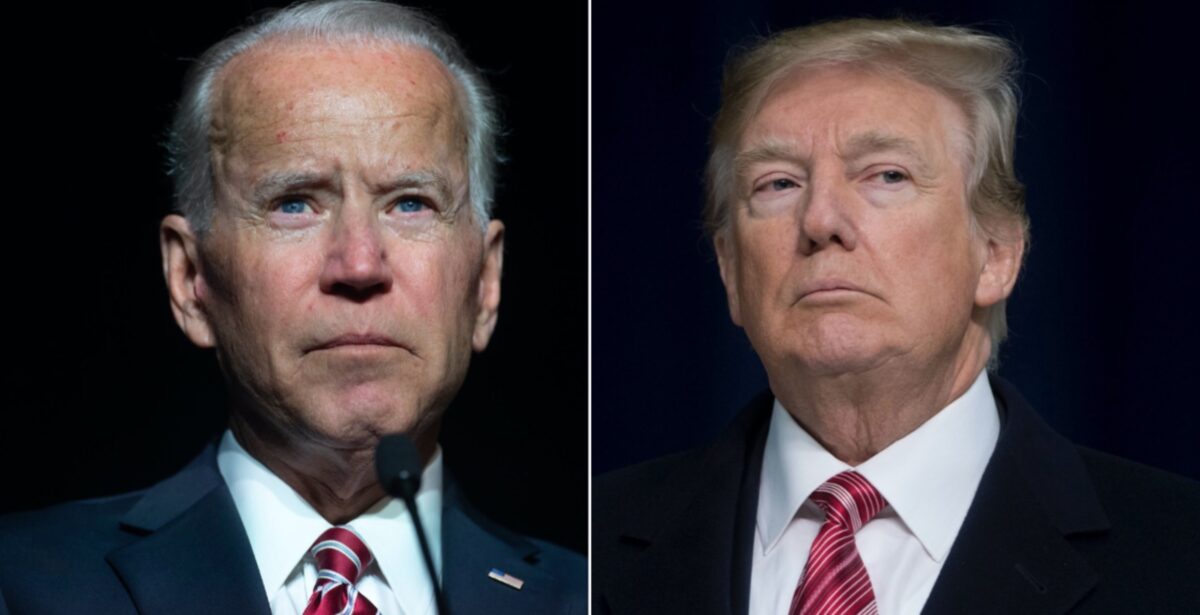 2020 was set to be a huge year of news. Then came coronavirus pandemic, nationwide protests and unrest over the death of George Floyd, and the devastation of the international economy. And the 2020 U.S. presidential election, which marches on in the background.

Americans have less than 150 days to decide on the next person to lead the country. Will President Donald Trump get four more years in office, or will he be voted out in favor of former Vice President Joe Biden? Both campaigns have snapped up a fleet of cable news figures to make the case for their respective camps. With politics and media so intertwined in the current era, we wanted to examine the cable news figures who have been hired to work on the campaigns of both party candidates. 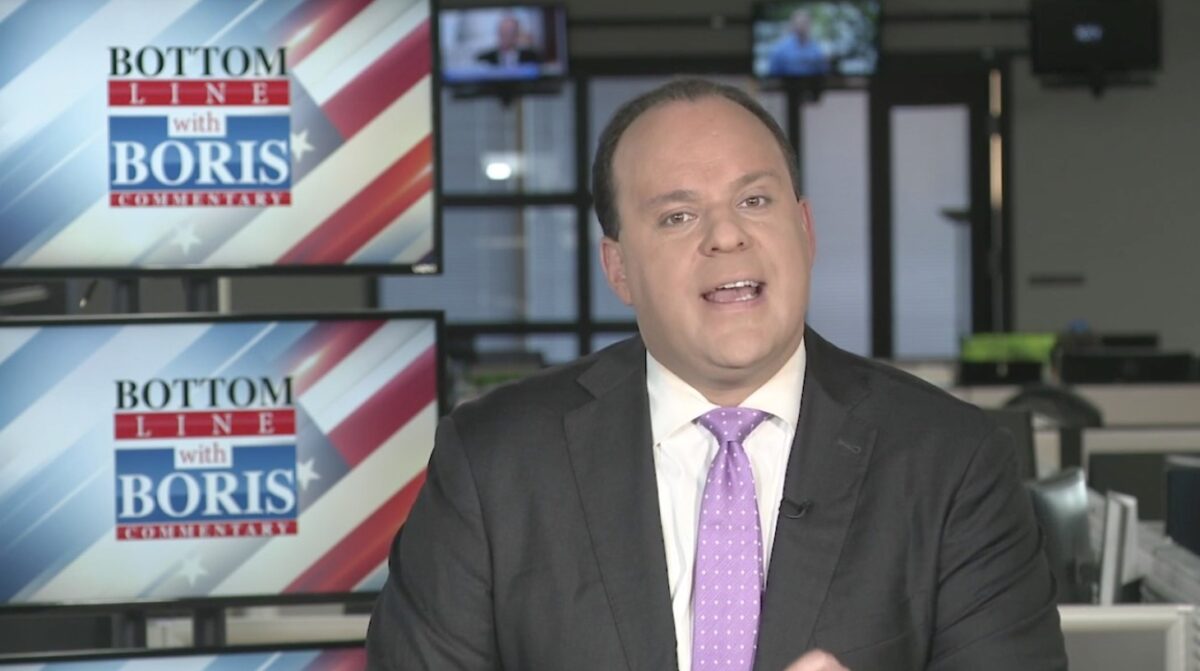 As you can see in the tweet below, Epshteyn is working for the Trump 2020 campaign as Strategic Advisor for Coalitions. This is a return to the fold for Epshteyn since he previously served Trump as a senior advisor for the 2016 campaign. Epshteyn made loads of appearances on cable news to defend his boss throughout the previous election, but up until the end of 2019, his most prominent — and infamous — media role was as Sinclair Broadcast Group’s chief political analyst, where he offered frequent, if controversial advancements of the president’s message.

Honored to be formally joining @TeamTrump as Strategic Advisor for Coalitions.@realDonaldTrump has kept his promises to the American people and will be re-elected in November! #MAGA #KAG pic.twitter.com/eamjS1uMS6 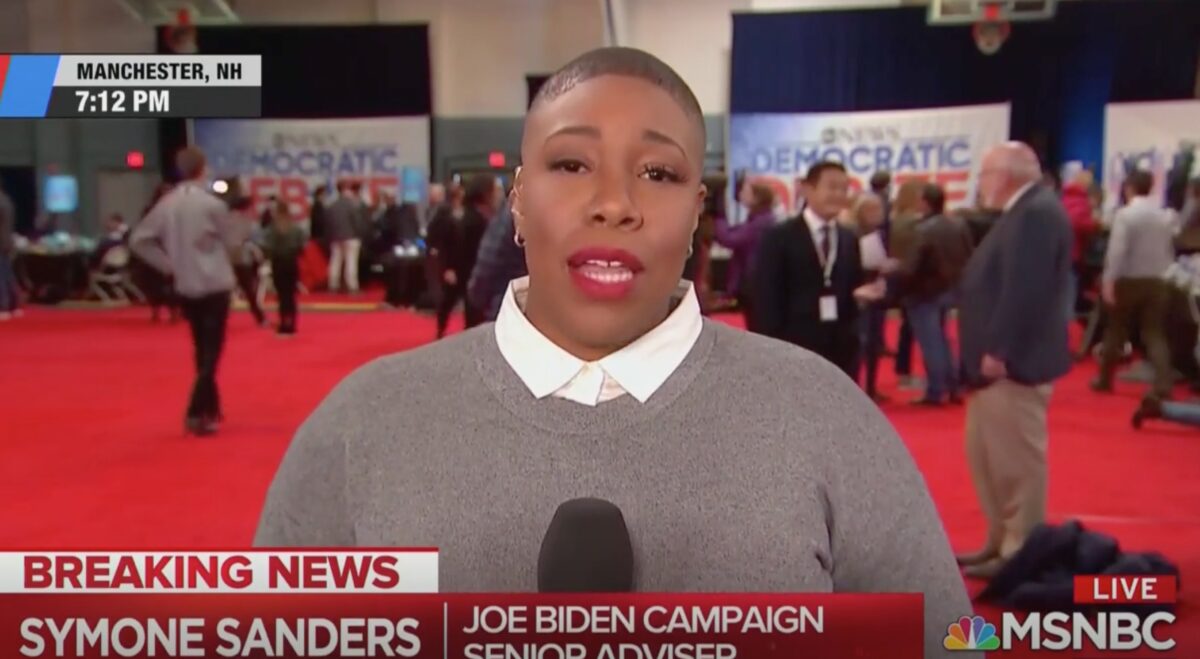 Sanders burst onto the political scene as national press secretary for the 2016 Bernie Sanders campaign, and maintained her visibility in the media following its demise as a popular commentator for CNN.

Her roots in Bernie-World made it all the more surprising when it was announced she would be joining the Biden campaign in early 2019 as a senior adviser. Symone Sanders remains a prominent face on cable news, where she defends her candidate and markets the centrist former vice president to fellow progressives. At this point, Sanders has established herself as one of the most recognizable and omnipresent spokespeople in the cable news environment. Given her roles as a commentator and as a political operative, that suits her just fine. 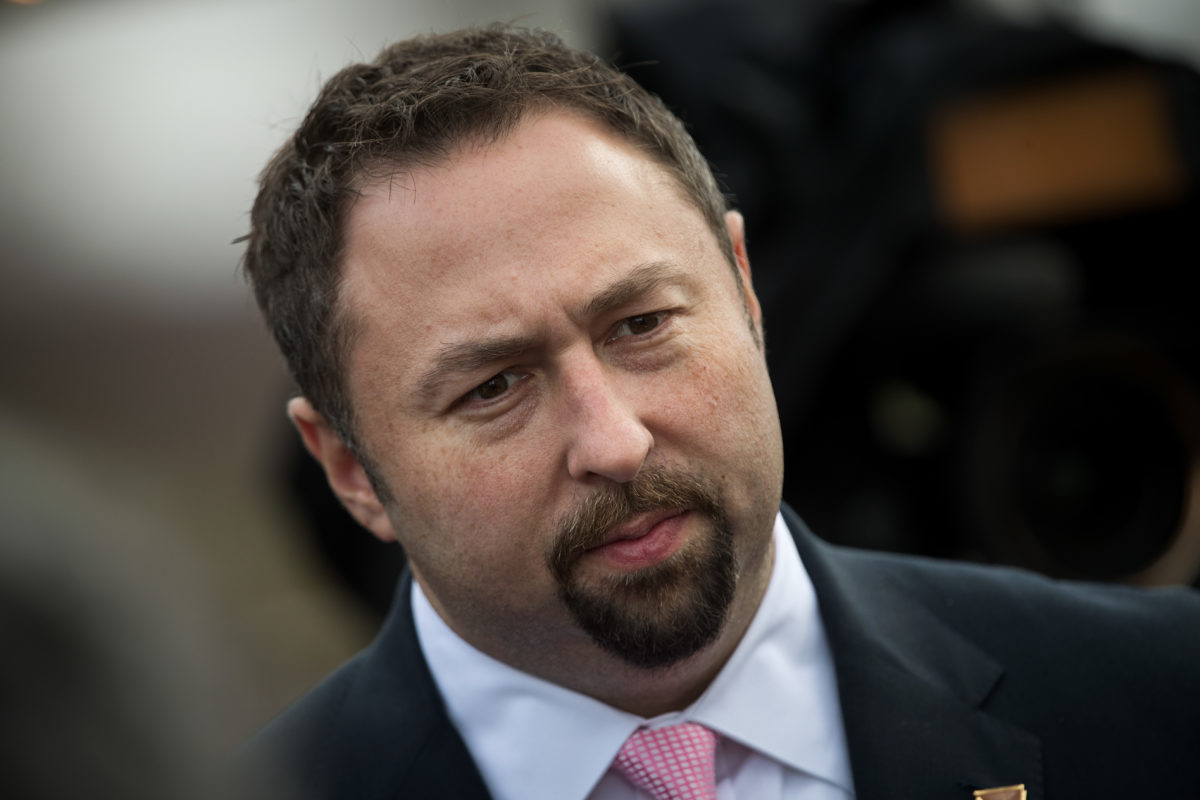 Miller also worked for Trump’s 2016 campaign as a communications director, but he took up a job as a CNN political contributor shortly after the president’s term began in 2017. He frequently got into heated debates over Trump’s conduct at the network, but he stepped away from the job in 2018 due to the eruption of legal controversy involving his scandalous romance with former campaign colleague A.J. Delgado. On Tuesday, Miller affirmed the news that he will now act as a chief strategist for the Trump 2020 campaign. 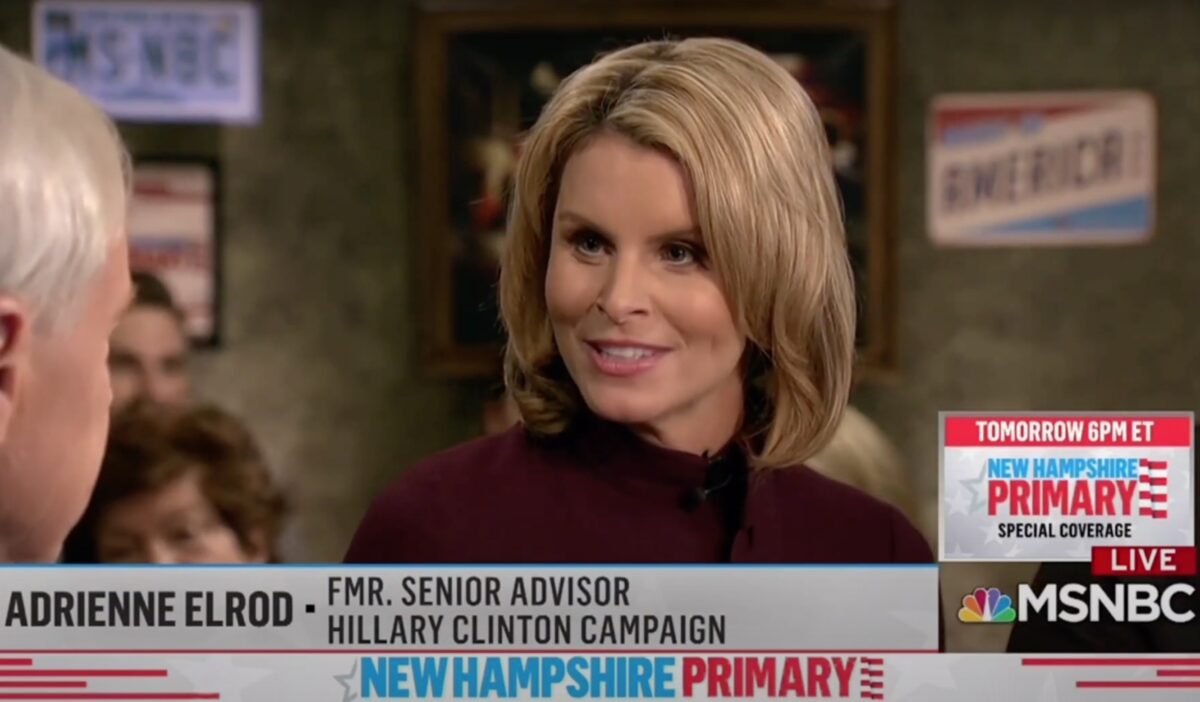 After her job as director of strategic communications for the Hillary Clinton 2016 campaign came to an unceremonious end, Elrod hopped between cable nets, making a series of guest appearances in the last 3 years. Mediaite has previously taken note of her appearances ranging from Fox’s Outnumbered to MSNBC’s Hardball. The veteran political strategist eventually found a home at MSNBC, where she signed on as a contributor. On Tuesday, she announced that she’s back in the politics game and working for the Biden campaign.

Super excited to join the incredible @TeamJoe team today as we strategically deploy our incredible, fierce and growing team of surrogates across multiple platforms. Honored to work again with the fabulous @MichelleWKwan + talents @PaigeinTN @ialduna1 . Let’s do this! https://t.co/GHpgrqUDrW 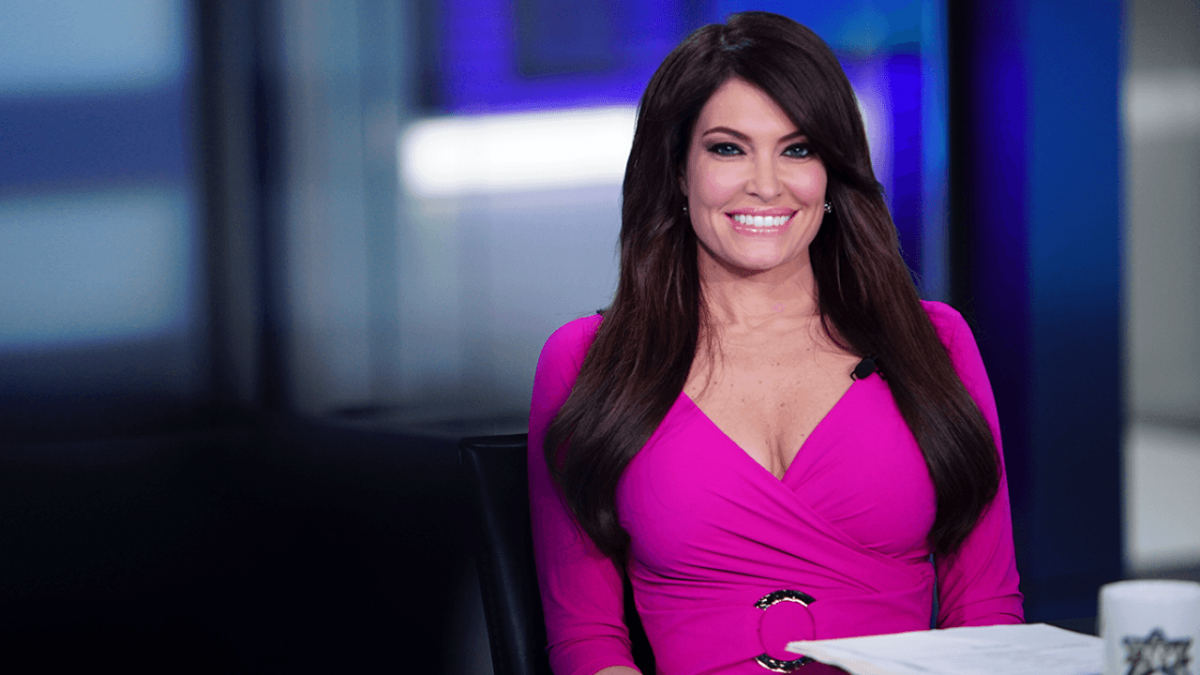 A longtime host of hit Fox News show The Five, Guilfoyle was frequently in Trump’s on the network until her departure in 2018. Since then, she has paired a relationship with the president’s son, Donald Trump Jr., with a high profile job as an operative for the America First Action super PAC and senior adviser for the Trump re-election campaign. She now even hosts a pro-Trump imitation of The View with several of her campaign colleagues. 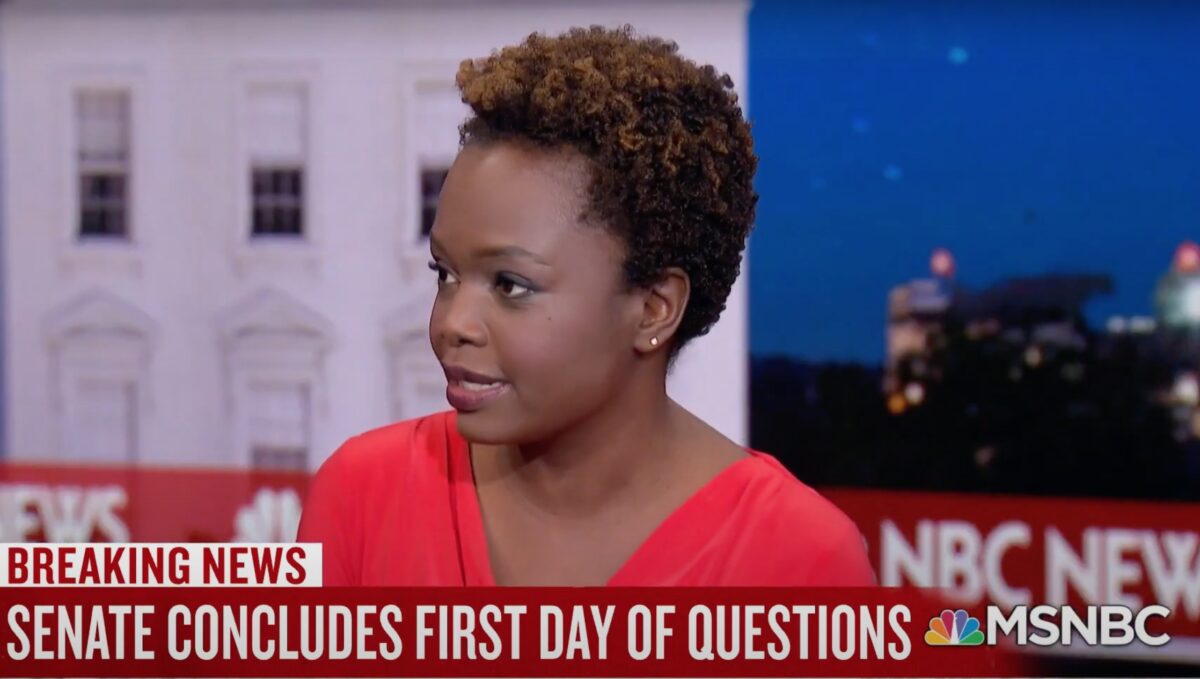 Until the end of last month, Jean-Pierre was MoveOn’s chief public affairs officer, a political analyst for MSNBC, and a recurring guest on CNN. Jean-Pierre has never been afraid to engage on contentious topics, offering deft analysis of racism in America, on law enforcement, or on mobilizing the social justice politics favored by MoveOn. Now that she’s a Biden campaign senior adviser — announced last month — its clear Jean-Pierre sees this as an opportunity to take her time on cable news and use it to push for real results in the coming election.

I am thrilled to announce that I will be joining the Biden campaign as a Senior Adviser. This is the most important general election in generations and I just could not sit this election out. I look forward to doing this work with @JoeBiden and the team! #Biden2020 pic.twitter.com/yGQfMA6E2F

Granted, McEnany is no longer a spokeswoman for the Trump campaign. But the reality is that she uses her perch as White House press secretary much in the same way, making an almost daily case to the press corps for Trump’s reelection. Her daily briefings put her in frequent contention with the media, but in both of her previous jobs, she frequently made cable news appearances on the president’s behalf. Even before that, she was one of the most frequent pro-Trump commentators on CNN, where she rose to prominence from her heated debates with the network’s hosts and their criticisms of the president. 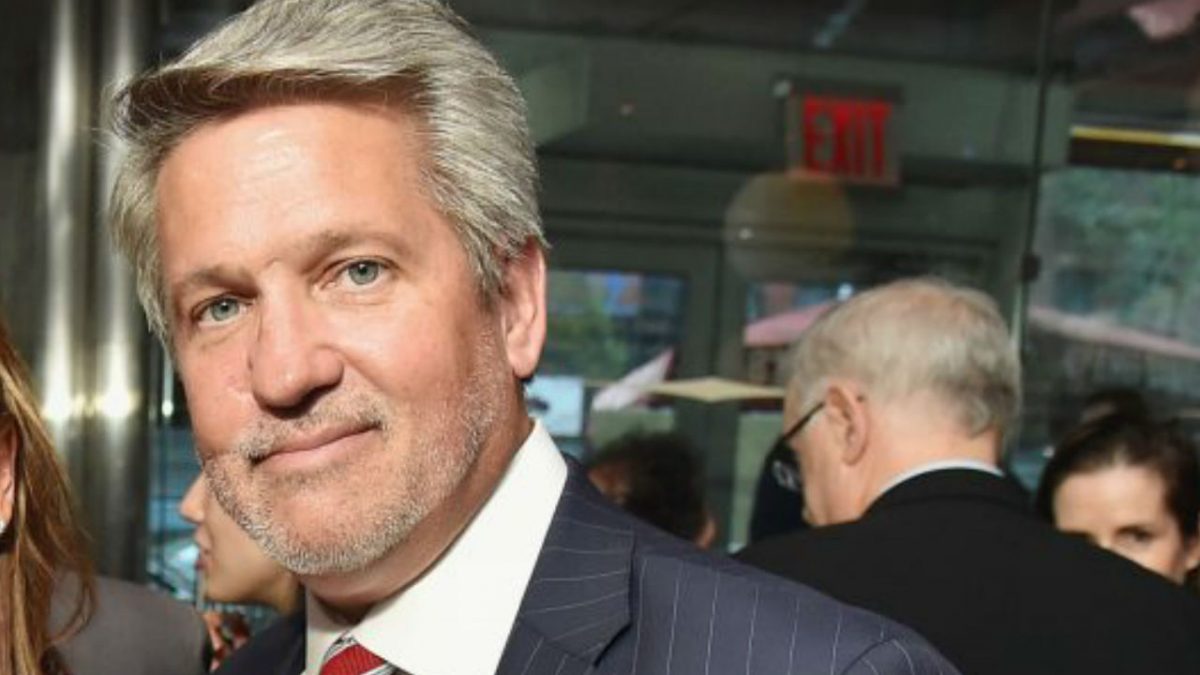 From his powerful position at Fox News to a top communications job in the White House and now his position in the Trump campaign, Shine has always been a behind the scenes operator. Before he worked for Trump as White House communications chief, he was a top executive at Fox News, the president’s favorite network. He worked as the network’s co-president for nine months following the ouster of Roger Ailes, but was eventually forced out over his handling of the sexual harassment claims at the network. He had a nine-month stint at 1600 Pennsylvania Avenue as the president’s comms chief, but left in 2019 to join the campaign as senior adviser. 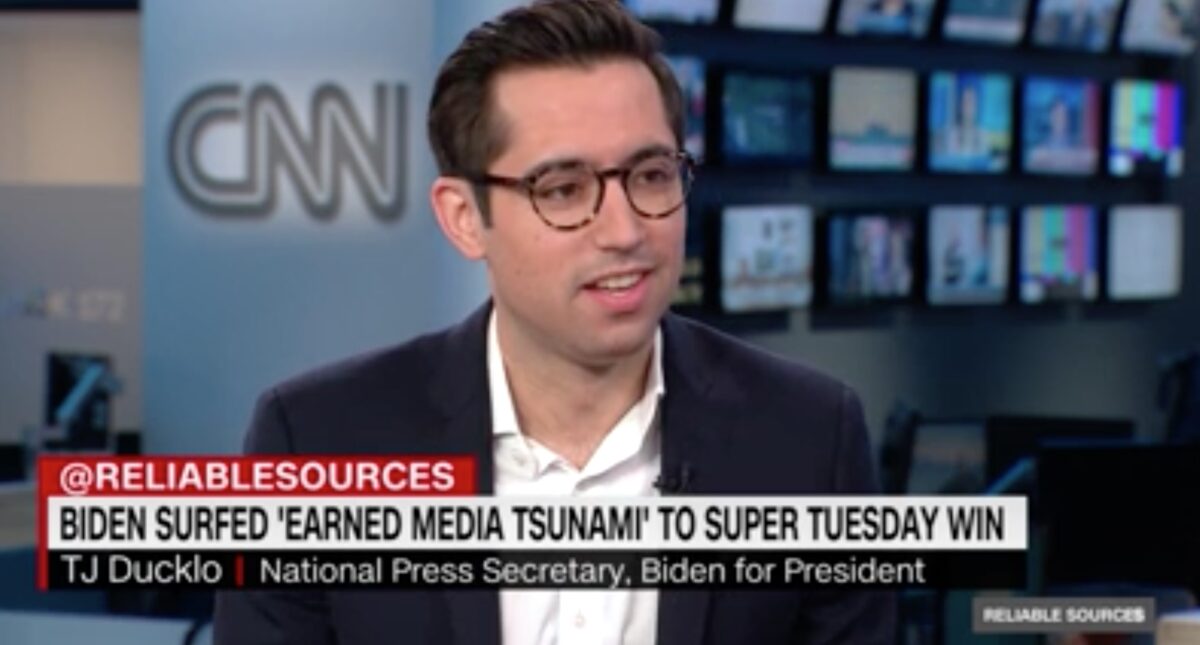 Ducklo is another figure who spent more time behind the camera than in front of it before joining the Biden campaign. Still, it was no surprise — to those familiar with Ducklo — when the senior communications director for NBC News, with work on Showtime politics program The Circus and Bloomberg Politics, joined the Biden campaign as national press secretary. According to a Fox News profile, Ducklo even coined “Joementum” (we may never forgive him for it, but it is catchy). It’s Ducklo’s job to sustain the charge of the Biden campaign’s core messaging, and judging by their standing in several of the most recent polls, it seems he’s doing a good job of it. 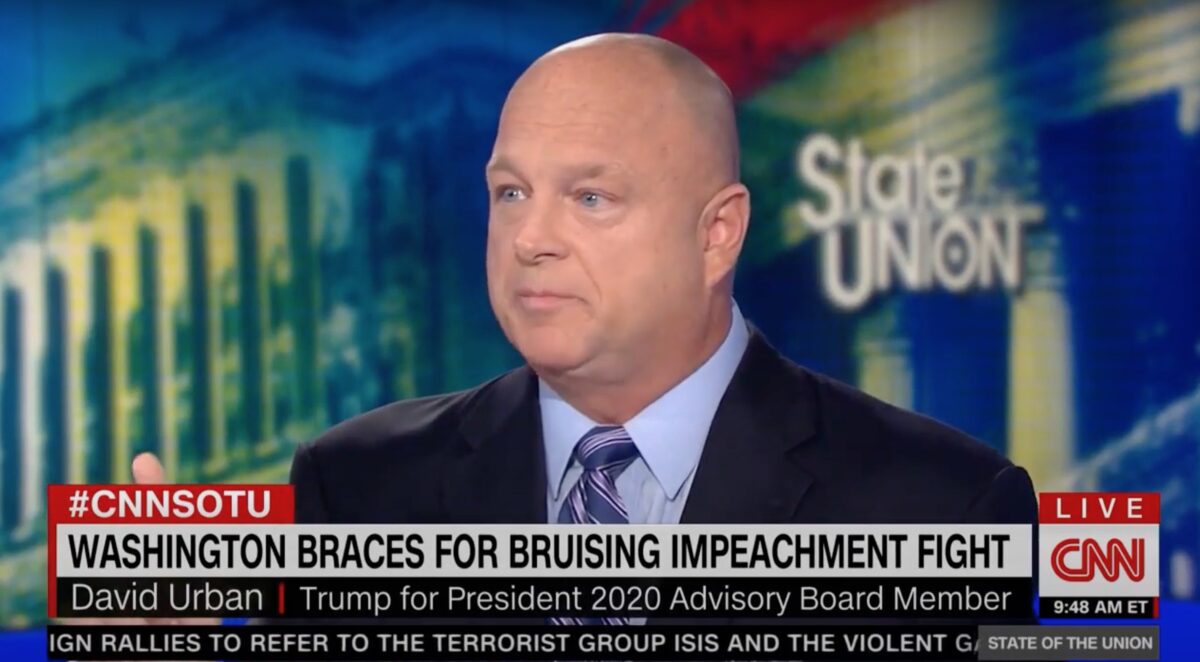 Urban’s spot on the list is somewhat ambiguous since it’s not actually clear if he is working for the Trump campaign like he did in 2016. Nonetheless, after years of being a commentator on CNN, Politico reports that Urban “already is unofficially involved in the campaign,” and Trump wants him to play a bigger role. The report held that Trump wants to bring back several of his 2016 allies for reassurance amid his uncertain political fortunes, and as far as Urban goes, apparently that means “finding a more prominent role” for Urban to help Trump hold onto the White House.