Sinclair Addresses Controversial Segment From Ex-Trump Aide: His Opinions ‘Do Not Reflect’ Our Views

Two segments from Epshteyn, whose short opinion segments are run on hundreds of local news stations owned by Sinclair, drew outrage this week: the first defended the tear gassing of migrants at the southern border. The second defended far-right, anti-Muslim conspiracy theorist Laura Loomer and accused Twitter of anti-Semitism for banning her. The segment was weirdly esoteric for local news, and devoid of fact.

“We’d like to take a moment and address some concerns regarding a commentary segment by [Epshteyn] that was aired on Sinclair stations this week,” the company wrote on Twitter. “The opinions expressed in this segment do not reflect the views of Sinclair Broadcast Group.”

We’d like to take a moment and address some concerns regarding a commentary segment by @borisep that was aired on Sinclair stations this week. The opinions expressed in this segment do not reflect the views of Sinclair Broadcast Group.

“When Boris’s segments are aired on our stations, they are labeled clearly as commentary,” it continued. “We also offer our stations reporting from the Beltway and beyond that are not partisan or bias in any way.”

If you have any concerns about any of our content, we genuinely want to hear from you: https://t.co/fHYqYwcRCR. Above all, we are committed to fair, unbiased journalism across our stations nationwide and are truly honored to serve our communities. Local news always comes first.

Sinclair is right, they do label Epshteyn’s segments “commentary.” It’s in the top left corner. But it’s worth asking the question: how many viewers truly know they are watching partisan commentary when their local news is interrupted by bizarre and fact-challenged pro-Trump agitprop? 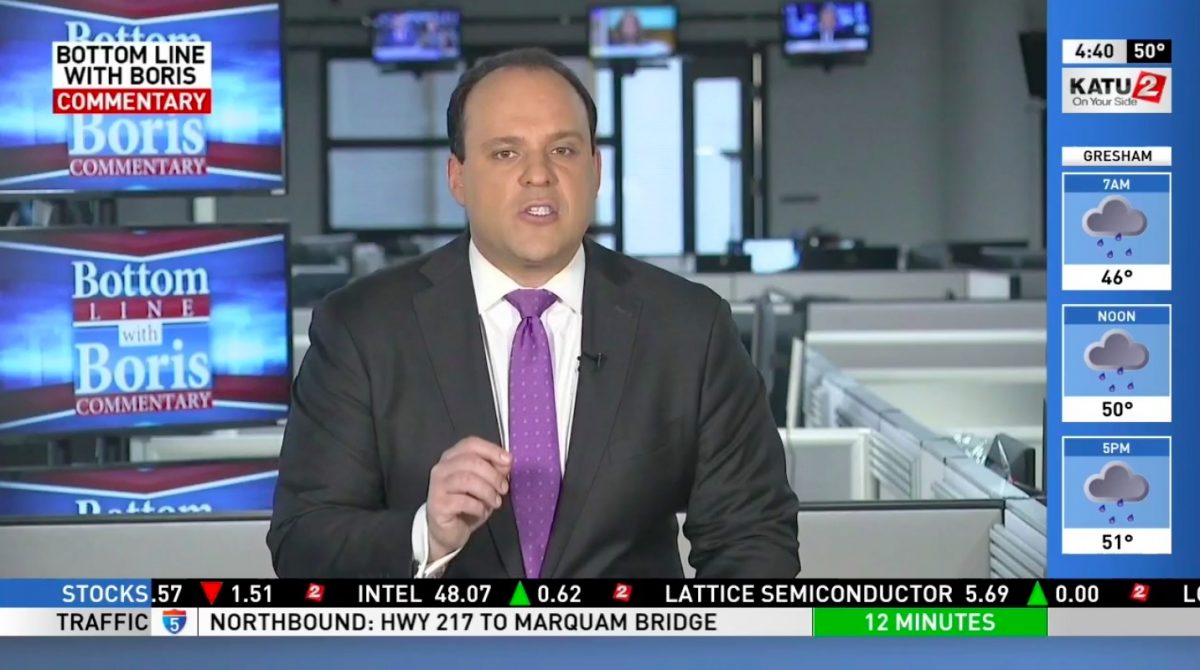 It is unclear which segment Sinclair is addressing in its tweet: the tear gassing defense or the Loomer boosting. CNN’s Brian Stelter asked the pressing question:

Are you talking about his pro-tear gas segment or his pro-Laura Loomer segment? Are you proud of those?