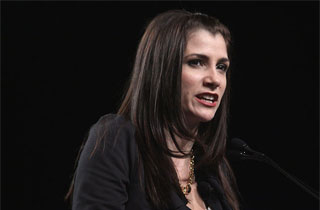 The rules of Twitter are simple: you have 140 characters to connect, debate, and communicate with people you’ve never even met. But someone needs to explain to Ohio State Rep. Andrew Brenner (R-Powell) that the rules of Twitter does not mean you can call someone’s private phone number to complain about a tweet.

Talk show host Dana Loesch and her husband Chris were in the middle of vacation, and, like most people on vacation, found it hard to stay off Twitter. Chris soon found himself in a heated debate with Brenner and his wife over Glenn Beck’s announcement that he would deliver trucks of supplies and toys to 60,000 migrant children on the border. (For the record, the Brenners equated Beck’s act with amnesty towards illegal immigrants, while Chris simply said that the pundit was acting charitably as a private citizen.)

Yep; normal, run-of-the-mill Twitter debating. And then this happened:

Are you not an elected official @andrewbrenner ?? Why are you calling my husband on our vacation to yell at him on immigration? SERIOUSLY

What? @andrewbrenner Saw u ONCE at a rally. Does NOT give you right to look up our # call and yell about Twitter discussion! INAPPROPRIATE

It turned out that Brenner’s wife/smalltime conservative radio host Sara Marie Brenner, gave her husband the Loeschs’ number, and apparently saw nothing wrong with doing so:

.@DLoesch, I gave @andrewbrenner @ChrisLoesch's #. We don't follow your itinerary to know u r on vaca. Chris answered.

@YankeeScott15 @DLoesch @andrewbrenner @ChrisLoesch And bc we worship at their feet we know they're on vaca? Get off Twitter, don't answer.

It’s unclear how Brenner got Chris’s number, or whether the two of them were on close terms before this went down. Nor is it clear whether the Brenners realize how insane it is to call people they barely know on a private number because they didn’t like a tweet of theirs, as an observer pointed out:

Let the record show that I have NEVER called @ChrisLoesch and @DLoesch at their home about Twitter conversations, ever. #justsayin

We think that 99.8% of society would agree with him on that, vacation or no.