GOP Rep. Gohmert: We Don’t Need Sex Ed Because ‘Mankind Has Existed For Long Time’ Without It
audio

GOP Rep. Gohmert: We Don’t Need Sex Ed Because ‘Mankind Has Existed For Long Time’ Without It 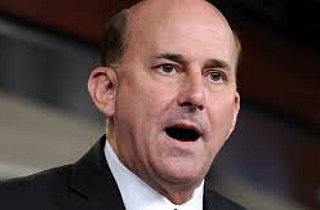 It’s safe to say Rep. Louie Gohmert (R-TX) doesn’t like sexual education in public schools. In a recent radio interview with WallBuilders Live, the congressman likened sex ed to the “indoctrination” seen under the Soviet Union and argued that such lessons are unnecessary because of mankind’s long history of existence without “instructions” on human sexuality.

“Let the kids be innocent. Let them dream. Let them play. Let them enjoy their life,” he told host David Barton. “You don’t have to force this sexuality stuff into their life at such a point. It was never intended to be that way. They’ll find out soon enough.”

He argued that humanity has done just fine without courses on sexuality: “Mankind has existed for a pretty long time without anyone ever having to give a sex-ed lesson to anybody,” he said. “And now we feel like, oh gosh, people are too stupid to unless we force them to sit and listen to instructions. It’s just incredible.”

Gohmert argued that sex education is among the many ways public education attempts to remove parents from their children’s education, reminding him of the mid-1970s summer he spent in the Soviet Union:

“I was shocked when they were saying ‘no, the children don’t belong to parents, they belong to the state.’ And if any parent said anything in front of their children negative about the wonderful Soviet Union, then we will take their children away and give them to somebody more deserving. And I just thought how horribly shocking that was, that of course parents were the ones who love the children, not the state. And I thought thank God that we don’t have that in our country.”

Listen to the audio below, as clipped by Right Wing Watch: