Greenwald Blasts Melissa Harris-Perry On Twitter: ‘Sorry I Forced You’ To Focus On Snowden Instead Of NSA 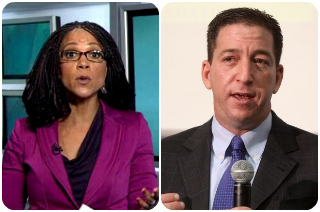 Guardian journalist Glenn Greenwald, fresh from his afternoon as a Bond villain, took to Twitter to battle MSNBC host Melissa Harris-Perry for her open letter accusing Edward Snowden of distracting the world from his surveillance revelations with his Bourne Identity-esque capers.

“I hear you’re looking for a country,” Harris-Perry began in her missive to Snowden, whom she kept calling “Ed.” Well, wouldn’t you know, I have an idea for you! How about…this one?”

She told “Ed” that his whirlwind of Hong Kong hideouts and asylum offers had shifted focus from the programs he wanted onto reveal to his own real life spy-movie:

We could be talking about whether accessing and monitoring citizen information and communications is constitutional, or whether we should continue to allow a secret court to authorize secret warrants using secret legal opinions.

But we’re not. We’re talking about you! And flight paths between Moscow and Venezuela, and how much of a jerk Glenn Greenwald is. We could at least be talking about whether the Obama administration is right that your leak jeopardized national security. But we’re not talking about that, Ed.

This stuck in Greenwald’s craw, as he has for weeks been demanding that the media focus less on Snowden’s fate and more on the surveillance programs he disclosed. Greenwald wondered on Twitter why, if Harris-Perry thought the focus was in the wrong place, she didn’t fix that with her own show: 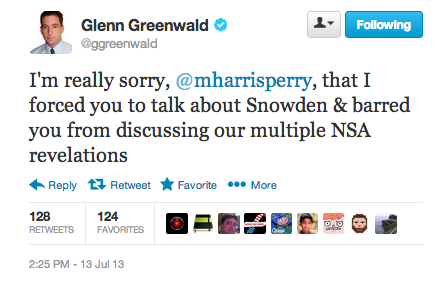 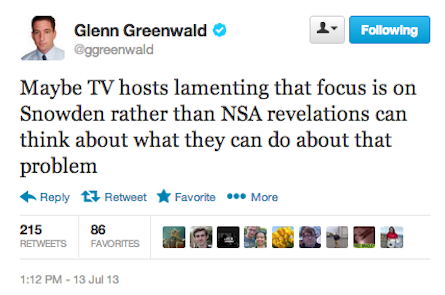 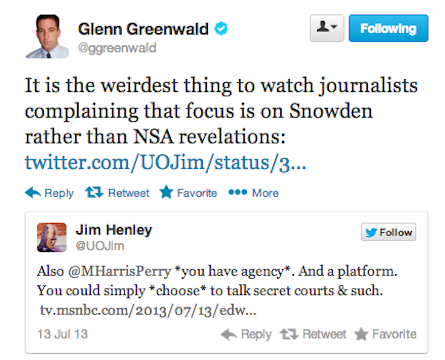 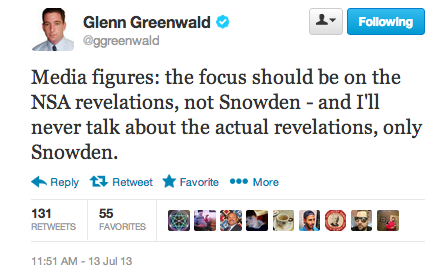 Salon scribe David Sirota got into the scrum as well, calling Harris-Perry an adminstration apologist: 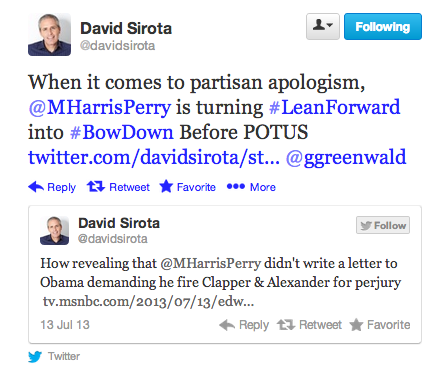 Harris-Perry allowed that Snowden’s return would almost certainly send him to prison, “where the U.S. commits actual human rights violations,” but didn’t believe he was too worried about that anyway:

I know those aren’t the human rights violations, though, that you’re complaining about, Ed. But you might not have anything to worry about, anyway. Unlike most of the people in solitary confinement–including Private Bradley Manning, on trial for giving data to Wikileaks–you have cultivated a level of celebrity that itself will act as protection if you ever find yourself in U.S. prison. You’ve made a spectacle of yourself, and the Obama Administration will be very careful about how it treats you. Unlike all those other prisoners.

Watch Harris-Perry read the full letter below, via MSNBC: