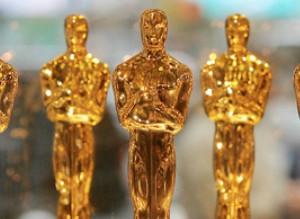 The 88th Academy Awards goes down Sunday night starting at 8:00 PM EST on ABC. Chris Rock is your host, and rest assured we’ll see at least a 20 percent uptick in ratings based on three things: Controversy over #OscarsSoWhite, unpredictability over what Rock will have to say on the matter (likely unapologetic and scathing to the point ABC execs will be watching through their hands), and big veteran names nominated (DiCaprio, Damon, Stallone, etc) bringing eyeballs back to the set.

Here’s your predictions for the night. Note: The “should win” category is the opinion of the writer, but not necessarily a prediction on who actually will win. Example: I’ve been rooting for the Cubs to win a World Series since birth, but never believed outside of one year (’89) they actually could. Same goes below: “Should Win” is who I would vote for. “Will Win” is what I think will happen, along with a quick note if warranted. So here goes:

Best Picture:
What Should Win: Room
What Will (unfortunately) Win: The Revenant
What Should Have Been Nominated: Straight Outta Compton

Note: For anyone who grew up during the rise of N.W.A. and remembers watching the L.A. riots unfold pre-cable-news-as-we-know-it-today, Compton is a must-see regardless of musical taste. The storytelling is pitch perfect as it captured the era to a “T”. And you’ll really come to loathe Suge Knight… a lot (if you weren’t already there).

As for The Revenant, it’s wonderfully shot and acted, but the story itself is fairly generic. Not getting the hype here at all, but it looks like its going to win. As for Room — a tremendous adaptation of Emma Donoghue’s best-seller about a kidnapped mother living in captivity with her 5-year-old son — it’s DVD release date comes the day after the Oscars (March 1) and will get all the accolades it deserves in the court of public opinion. Call me biased upon having two young children, but Room grabbed me like no movie has in years.

Best Actor:
Who Should Win: Matt Damon, The Martian
Who Will Win: Leonardo DiCarpio, The Revenant

Note: No real issue with Leo winning here, who is as odds-on-likely as any actor we’ve seen in a long time (some bookmakers have even taken the bet off the board). But this feels too much like DiCaprio is winning here because “he’s due/it’s his time” more than for the performance itself. The feeling here DiCaprio could have won more for The Departed, Wolf of Wall Street (which was too decadent to be rewarded by some voters) and particularly Blood Diamond. Perhaps it’s just my disappointment with The Revenant in general talking here… but I didn’t walk out feeling necessarily blown away.

Damon, conversely, almost solely propels The Martian into an extremely enjoyable experience on his own in the same manner Tom Hanks did in Cast Away. Nobody else could have pulled off being as measured, cerebral and quietly comedic as Damon was here… bring back flashes of Will Hunting in the process.

Note: This is basically a make-up call for Sly, who should have won back in ’76 six Rockys ago (which he also wrote). But upon finally seeing Creed just last week, a statue here is warranted regardless of the lifetime achievement feel it. More importantly, Creed makes you almost forget the semi-cheesy 80s Rocky that emerged via Stallone in Part III and IV…

Note: If the movie takes Best Picture — and it likely will — it comes the year after Iñárritu’s Birdman won… marking the first time a director has made back-to-back Best Picture winners in Oscar history.

Note: Interesting the 84-year-old Williams hasn’t won for any Star Wars movie since the original nearly 40 years ago and six offerings ago. But the nod goes to Morricone, who once vowed he would “never work” with Quentin Tarantino after a sour experience with Django Unchained… stating the director used the music “without coherence” and vowed he “wouldn’t like to work with him again, on anything.” Time or perhaps money heals all wounds, apparently.

What Should Win: Straight Outta Compton
What Will Win: Spotlight

Note: No problem with either winning here. Both deserve it. And if you’re a journalism buff who loves movies like All the President’s Men, Broadcast News and The Insider, definitely check out Spotlight, now available on DVD/On Demand (my original review here).

It’s Oscar time. Chris Rock is going to rock the Hollywood establishment. Some big names are in the nomination mix. Ratings will rise once again.

Enjoy the fireworks, fun and frivolity… Sunday night promises to be a good one.