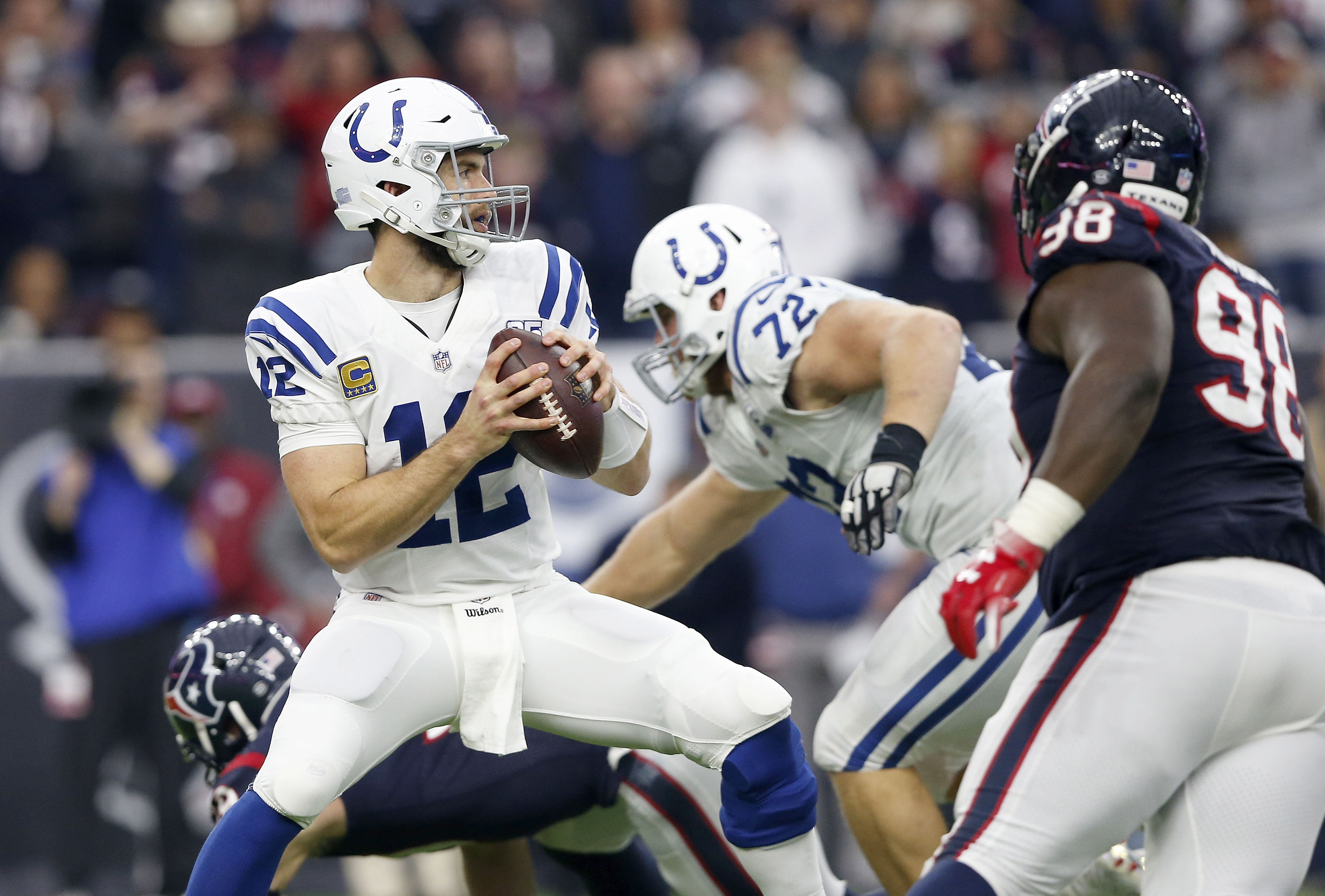 After 17 weeks of regular season action, it’s playoff time in the NFL. This year, Day 1 of the postseason features two Wild Card showdowns in the Lone Star state. The nightcap will feature the vaunted Dallas Cowboys. But to kick things off, it’s the Houston Texans hosting the Indianapolis Colts.

Both squads had truly remarkable seasons in that they bounced back from dismal starts to earn their way into the playoffs. The Texans started 0-3, while the Colts opened 1-5. But each, somehow, hit double digits in victories — with the Texans reeling off 11 of their last 13 to win the AFC South at 11-5, and the Colts only falling once after their woeful start to go 10-6.

The Colts offense vs. the Texans defense should be an absolute treat to watch. Can brilliant Colts quarterback Andrew Luck figure out a superb Texans defense led by all-pro linebacker JJ Watt? On the other side of the ball, Texans quarterback Deshaun Watson has had a knack for playing well in big games going back to his days at Clemson. A strong effort here could propel the home team.

Kickoff for is set for 4:30 p.m. ET. Joe Tessitore, Jason Witten, and Booger McFarland will have the call. You can catch the action live on ESPN and ABC, or stream it online free with a cable subscription via WatchESPN on your pc, phone, or tablet. WatchESPN can be downloaded from Apple’s iTunes Store, and the Google Play Store.