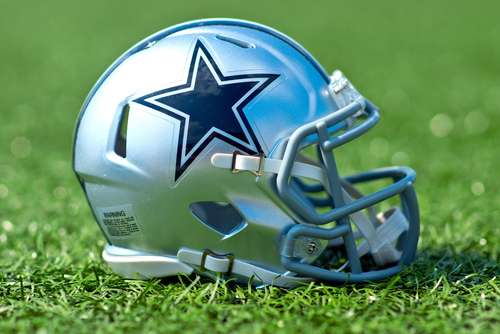 It’s one of the grandest traditions in all of sports: America’s Team playing at home on Thanksgiving Day.

The Dallas Cowboys take their customary slot following the Detroit Lions in the second game on Turkey day. This year, they’ll host an AFC foe who has struggled at times but has reason to believe it can go on a second half run — the Los Angeles Chargers.

Dallas is in serious trouble in the NFC playoff race. The NFC East is all but gone after the Cowboys were thrashed at home by the Eagles on Sunday night 37-9. Now, the Cowboys are desperately hoping to stay in the Wild Card hunt. The good news? They’re only one game out of a playoff spot. The bad news? They trail three teams for that final spot, including the defending NFC champion Atlanta Falcons — who the Cowboys recently lost to, meaning they would lose a head-to-head tiebreaker. The worse news? star running back Ezekiel Elliott is still under suspension, and star linebacker Sean Lee is still injured. The Cowboys do get their outstanding left tackle Tyron Smith back. Can he help get a struggling Dallas offense on track?

Where it figures to take 10 wins to make the NFC playoffs, it is entirely possible, if not likely, for eight wins to be enough in a mediocre AFC. And the Chargers, at 4-6, have every reason to think they can get to that number. They’ve won four of their last six, and enter Thursday fresh off a 54-24 blowout over Buffalo. With a manageable schedule the rest of the way (the hapless Browns are next week’s opponent, and struggling Kansas City is the only .500 or better team left on the slate), a Thanksgiving win would put the Chargers in fantastic shape.

Kickoff is at 4:30 p.m. ET. The game will be broadcast on the CBS. Jim Nantz and Tony Romo have the call. The game can be streamed via CBS All Access, which is a pay subscription service. However, users can sign up for a one-week free trial via this link.