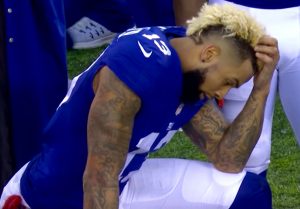 Thursday Night Football heads down the Jersey Turnpike this week and into the City of Brotherly Love for its season finale — an NFC East match-up between the New York Giants and the Philadelphia Eagles.

For the G-Men, it’s pretty simple: Win, and you’re in. The 10-4 Giants are just one win away from locking up a wild card berth and the No. 5 seed in the NFC playoffs. A pair of impressive home wins over Dallas and Detroit have put New York into double digit win territory, and have made them a serious player in the NFC.

The Giants still have a remote shot at winning the division and the No. 1 seed, but it would take two wins coupled with two Dallas losses. No sweat for the Giants though. Twice in the past decade, they’ve gone all the way and won the Super Bowl even after having to play in the wild card round of the playoffs. The way the Giants defense is playing right now, and the way quarterback Eli Manning traditionally plays in the postseason have some people believing they can do it again.

Standing in their way tonight are the Philadelphia Eagles. Give the Eagles credit for showing some spirit over the past couple of weeks, in competitive losses against Washington and Baltimore. The Eagles have not folded the tents despite being mathematically eliminated from playoff contention. Promising rookie quarterback Carson Wentz is still fighting hard, and Philadelphia certainly figures to be well positioned for the future with him as the signal caller. They’d certainly love nothing more than to turn back a division rival in a primetime showcase game before the season ends.