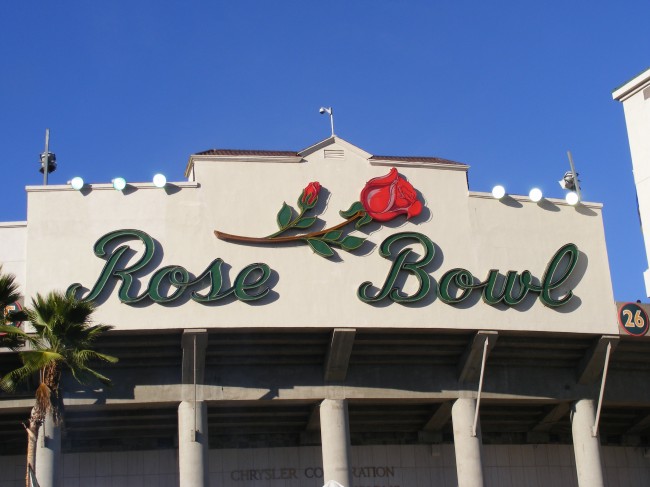 It’s The Grandaddy of Them All.

Monday afternoon in Pasadena, CA, the College Football Playoff kicks off with a semifinal showdown between No. 2 Oklahoma and No. 3 Georgia in the 104th Rose Bowl Game.

The Big 12 Champion Sooners come in as winners of eight straight following their lone blemish, an early October setback against Iowa St. in Ames. Quarterback Baker Mayfield enters as the newly-minted Heisman Trophy winner, and for good reason. The Oklahoma gunslinger has thrown 41 touchdowns and just five interceptions — and has engineered a prolific Sooners offense. Oklahoma failed to top the 30-point mark just once, in the Red River Shootout against Texas on Oct. 14. That day, the Sooners scored a measly 29.

And so it is up to the Georgia defense to keep the Sooners offense at least somewhat in check. Fortunately for them, they appear to be up to the task. The Bulldogs have held all but one of their opponents under 30 (Auburn, to whom they allowed 40 on Nov. 11, but limited to just seven in their Dec. 2 rematch). In fact, only one other team (Missouri) even topped 20 against the stout Georgia D. But the Bulldogs can score a little bit too. And it’s likely they’ll need to in order to reach the Playoff final.

It’s more than a football game, it’s Americana. The Rose Bowl — one of our nation’s great traditions. As always, it is a must-watch.

Kickoff for the game is 5:00 p.m. ET. Chris Fowler and Kirk Herbstreit will call the action. The game will air live on ESPN. It will also be streamed online, via WatchESPN, free with a cable subscription. The Watch ESPN app can be downloaded from Apple’s iTunes Store, and the Google Play store.