Idaho Paper: Forgive Senator Crapo For His DUI Because He’s Not Larry Craig 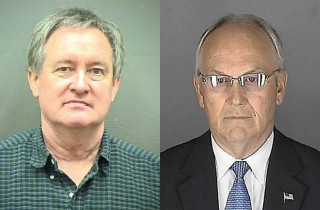 Idaho’s most popular newspaper is urging its readers, via its editorial page, to forgive GOP Sen. Mike Crapo for his recent DUI arrest and give him a second chance, largely because his mistake is unlike one committed by a previous senator from Idaho… Larry Craig.

Crapo was arrested this past weekend for driving under the influence in Virginia, despite being a conservative Mormon who claimed to have been alcohol-free for religious reasons. Craig was another Republican from Idaho who became scandalized in 2007 after he was arrested on suspicion of lewd conduct, when he was accused of soliciting sexual acts from an undercover police officer in a Minnesota airport bathroom.

The Boise-based Idaho Statesman wrote, in a Christmas editorial piece, that “It would be unfair to judge Crapo, or anybody else, on one mistake. But it is totally fair to evaluate him according to where he goes from here and what he does to turn this matter from a negative to a positive.”

“Crapo’s ‘mistake’ was not on the same level as Craig’s ‘mistake’at a Minneapolis airport bathroom in 2007,” the paper contionued. “It was worse. Crapo could have killed himself, or somebody else — which is a lot more serious than toe-tapping in a restroom stall.”

But the editorial board claimed there’s a key “difference” in how the two Republicans handled their respective “mistakes”: “Craig blamed everybody but himself; Crapo knows the DUI arrest was nobody’s fault but his own, and took responsibility for his actions.”

“One mistake does not erase an otherwise honorable career,” the Statesman added. The editorial page went on to explain that perhaps Crapo’s DUI could provide a valuable teaching moment: “He could hire a lawyer who would ask for leniency based on his record as a senator and a ‘good Mormon.’ We’d be more impressed if he did not, and instead used his standing as an example of the personal costs associated with such a mistake and to speak up about the dangers of drinking and driving.”