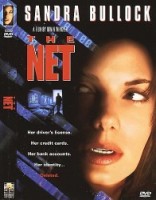 As the fallout from last week’s Facebook privacy changes continues (will famous people revolt as a group, perhaps?) it looks like advertisers aren’t the only ones set to profit from the new relaxed policies at the uber-popular social networking site. Enter the government, who is apparently cottoning on to the fact that a lot of people volunteer a LOT of information about themselves, albeit at 140 characters or less. Also, watch out who you friend! Apparently there are undercover agents in disguise roaming unsuspecting Facebookers. This from a worrisome editorial in this weekend’s New York Times:

The government is increasingly monitoring Facebook, Twitter and other social networking sites for tax delinquents, copyright infringers and political protesters…In some cases, the government appears to be engaged in deception. The Boston Globe recently quoted a Massachusetts district attorney as saying that some police officers were going undercover on Facebook as part of their investigations.

Wired magazine reported last month that In-Q-Tel, an investment arm of the Central Intelligence Agency, has put money into Visible Technologies, a software company that crawls across blogs, online forums, and open networks like Twitter and YouTube to monitor what is being said.

The editorial is advocating for new federal privacy rules that reflect the new digital age we are careening into at top speed, and which the government will clearly be playing catch-up with for the next ten years. So what’s the solution in the meantime? The simplest one is to stop sharing so much information! Whether an entire generation raised on posting most of their personal lives online will adhere to that is another story, so maybe in the meantime only friend people whom you’ve actually met?