Islamist Cleric in Michigan Might Have Inspired London Terrorists 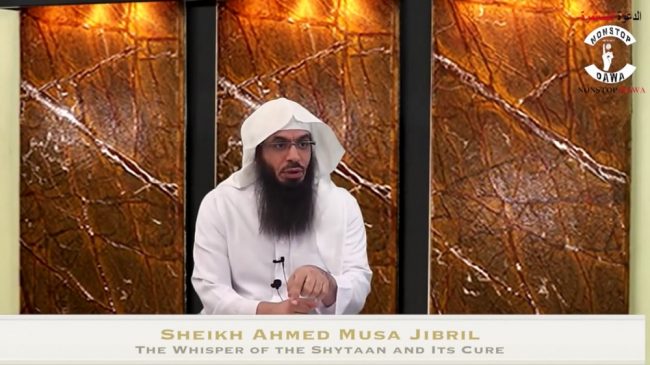 Law enforcement agencies in the U.S. and in Europe are investigating whether an Islamist preacher in Michigan might have partially inspired the terrorists who carried out the June 3, 2017 attack in London.

Reuters detailed in a Friday report that “the cleric, Ahmad Musa Jebril, who had been living in the Detroit area for some years, is one of several described by authorities as online propagandists who could have influenced the three attackers.”

The attacks’ possible connection to Jebril, “a U.S. citizen of Palestinian descent,” first emerged during a BBC interview of a former friend of one of the attackers. A Monday article from The Detroit News noted that the friend revealed that the perpetrator “used to listen to a lot of Musa Jibril. I have heard some of this stuff and it’s very radical. I am surprised this stuff is still on YouTube and is easily accessible.”

Detroit News‘ write-up also noted that back in 2005, “Ahmad [Jebril] and his father…were convicted on 42 counts of an indictment charging them with bank fraud, conspiracy, money laundering and other counts. [He] was sentenced to 5 years and 10 months in prison; his father, to 4 years and 10 months.”

During their sentencing, prosecutors submitted a memorandum which revealed that the younger Jebril “had sent a fax to CNN in 1996 claiming responsibility for the Khobar Towers bombing in Saudi Arabia, warning ‘[t]here will be a series of bombings that will follow no matter how many lives of ours are taken.'”

Later in their report, Reuters cited Laith Alkhouri of Flashpoint Global Partners, “a private company that monitors militant internet activity,” who stated that “it comes as no surprise to me that one of the London attackers would have been listening” to Jebril. Alkhouri pointed out that “Jebril had sent condolence messages to the family of a British militant who died fighting in 2013 in Syria, where Islamic State has lost territory in recent months.”