It’s Saturday, Here Are Some Adorable Baby Pandas On A Slide 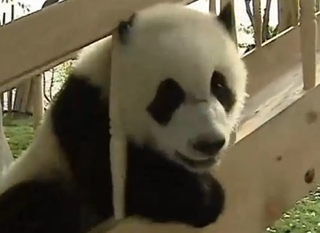 It’s three billion degrees outside, Wednesday was the Fourth of July, and today is Saturday– do you really want to hear more about the latest jobs numbers? If you said “why yes, this is an important issue to me,” this is not the post for you. This post is a video of some baby pandas messing around on a slide.

There really isn’t much to say about this video– no one in it is talking about Chief Justice Roberts’ health care majority opinion, no one is calling for Eric Fehrnstrom‘s head, there are no references to loyal toasters or even an angry Chris Christie yelling at random people on the street. No, this is a video from Chengdu, China, of four baby pandas on a slide. The description from Youtube:

China’s Chengdu Panda Base has released what may be the most adorable video you will see all day: four baby pandas racing down a slide.

Chengdu is marking its 25th anniversary with Panda Awareness Week (PAW), which includes several events around the world to spotlight efforts to increase the numbers of healthy panda bears in the wild.

The video is incredibly entertaining, as the baby pandas race back up the slide for repeated turns. Near the end of the video, one of them literally rolls head over paws at the bottom of the slide.

I eagerly anticipate your thoughts on how praising Chinese pandas on Fourth of July weekend is yet another sigh that President Obama hates America below.

Just look at these pandas: