‘I’ve Often Asked How This Happened’: Owner of ‘Pizzagate’ Restaurant Speaks Out 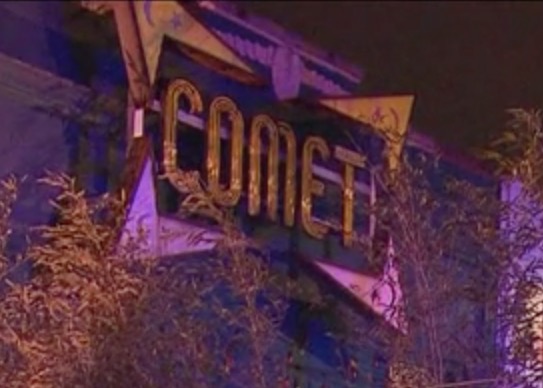 We’re hesitant to bring Pizzagate back up, but we’ll give it a go.

So, you remember how the Wikileaks dump of John Podesta‘s emails led a bunch of people online to believe a D.C. pizzeria called Comet Ping Pong was trafficking kids out of the basement? And you remember how a man actually walked in with a gun to investigate those bizarre claims, then fired it?

James Alefantis, the owner of Comet — to whom Alex Jones actually apologized in the wake of the whole shooter thing —  wrote an opinion piece that appeared in the Washington Post today and in it, he revealed, “I’ve often asked how this happened.”

The lives of everyone in Comet’s orbit, he wrote, were thrown into chaos by Internet conspiracy theorists and ringleaders like Jones.

As depressing as it is to remember those convoluted events, Alefantis has found the silver lining:

Ten years ago, we opened Comet to be a place for people to gather, eat, drink and play. And I sometimes wondered what would happen if something bad happened to us. Where would my community be?

I now know where they are.

They are seating the guests, tending the bar, playing ping-pong with their families. They are eating our pizza, drinking a beer and catching up with their neighbors. They are sending notes saying, “Have a drink on me,” or “Keep your doors open, do not let fake news win.”

This is our community.

He explained that the members of his Comet community came back as soon as it reopened post-shooting and have continued to support the small pizzeria. Somehow, Pizzagate brought everyone together.