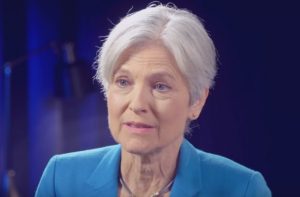 There have been reports this week that Hillary Clinton is being encouraged to contest the votes in Pennsylvania, Michigan, and Wisconsin because of alleged evidence that could potentially suggest tampering. Well, today, the Jill Stein campaign announced that they’re calling for a recount in those exact three states.

Stein campaign manager David Cobb invoked those “troubling” reports in announcing that they are pushing for recount efforts in those three key states. He says the systems in place “allow the potential for hacks.”

But in order to do that, he says, they have to raise money before the impending filing deadlines.

The Stein campaign is attempting to raise a total of $2 million by Friday.

After a divisive and painful presidential race, in which foreign agents hacked into party databases, private email servers, and voter databases in certain states, many Americans are wondering if our election results are reliable. That’s why the unexpected results of the election and reported anomalies need to be investigated before the 2016 presidential election is certified. We deserve elections we can trust.

UPDATE 11/25/16 4:55 PM ET: Wisconsin confirmed that it received the recount petition from Stein ahead of the deadline.

The Commission has received the Stein and Del La Fuente recount petitions. Details and news release posted soon at https://t.co/N3TrlOIqE1.