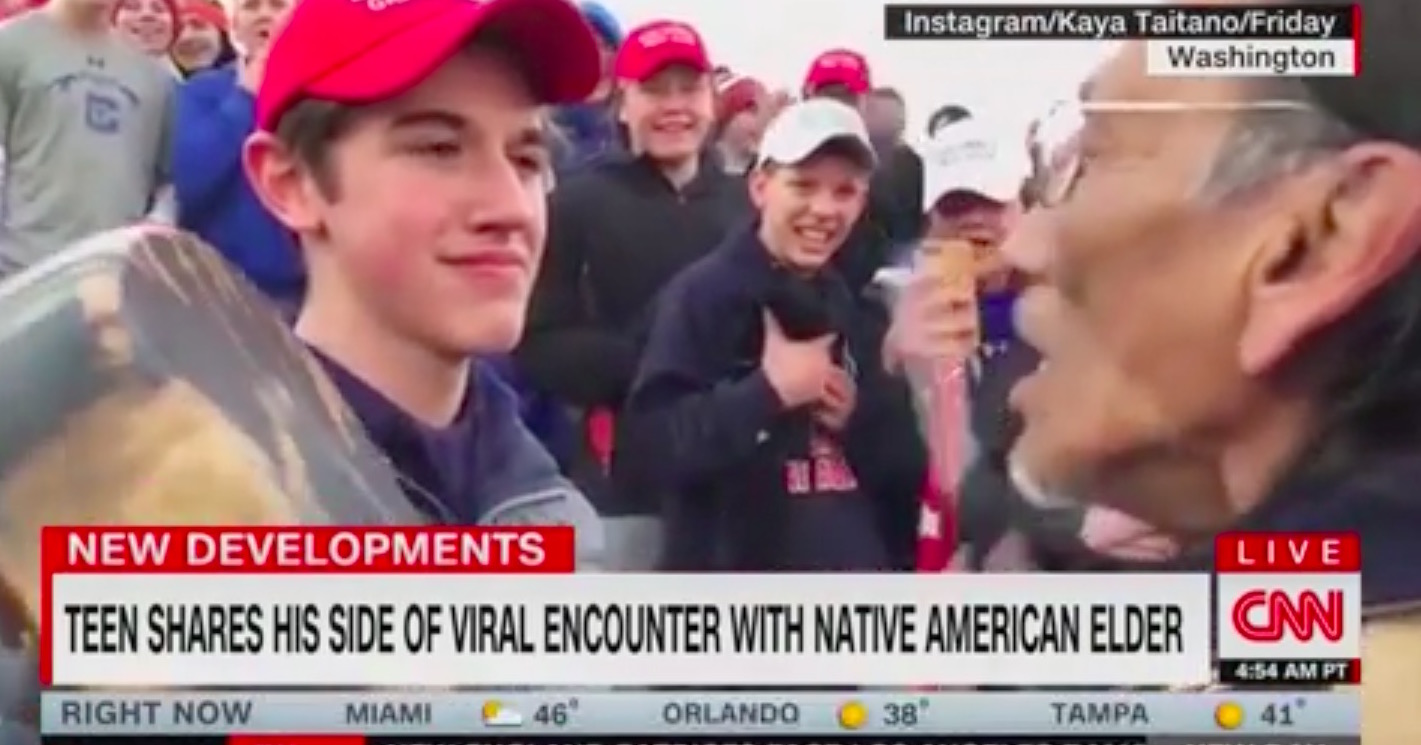 You can delete your old tweets, but the internet is forever. At least, that’s what the Screenshot Bot tells us.

Over the past 24 hours, journalists and public figures on Twitter have deleted previous posts slamming a group of MAGA hat-wearing teens for allegedly taunting a Native American vet, after more footage was released disputing the initial story. From CNN’s Jake Tapper to Dilbert cartoonist Scott Adams, many on the internet are sharing a fuller explanation of the initial viral story.

Others, however, are very subtly just using the ‘delete’ button.

Recode editor and New York Times contributing op-ed writer Kara Swisher, for instance, deleted one tweet saying she was thinking of “finding every one of these shitty kids and giving them a very large piece of my mind,” and other tweets throwing slurs like “Nazi” and “nationalist.” Sinclair chief political correspondent Scott Thurman deleted a tweet alleging students in MAGA hats were “mocking” and “taunting” a Native American in front of the Lincoln Memorial in D.C., asking in a new tweet if the new video changed minds about the kids.

Longer video of the controversy at the steps of the Lincoln Memorial: Does this change your mind about what happened, either way? https://t.co/A8gKYXPBGR

Anti-Trump activist Ed Krassenstein deleted a neutral tweet contemplating the intentions of Nick Sandmann, the young MAGA student accused of smirking at a Native American. His brother, Brian Krassenstein, deleted a tweet calling the students “bigoted.” CNN’s Bakari Sellers deleted a tweet suggesting the kids should be “punched in the face.”

Hollywood’s Patton Oswalt deleted a tweet linking to a critical thread that didn’t go so far as doxx the teens but identified alleged culture problems at the school. Oswalt did leave up subsequent retweets maintaining his opinion that they were at fault.

CNN’s Ana Navarro deleted a tweet calling out the “Asswipe” parents of the students for teaching them “bigotry” and “racism.” She tweeted an additional post with the full, unedited video of the teens, maintaining her support for Native American vet Nathan Phillips.

“Among those who watched it, some hear ‘Yanni’, others hear, ‘Laurel’,” she tweeted. “Watch & make-up your own mind.”

Correction: This post initially described Scott Thuman as an ABC News correspondent. He is the chief political correspondent for Sinclair-owned network ABC 7 News. Mediaite apologizes for the error.

The New Republic’s Jeet Heer also informed Mediaite that he deleted his tweet in order to repost it as a quote tweet, and not because he regretted calling the teens racist. This post has been updated to reflect that.