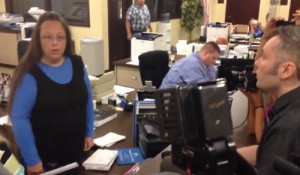 A federal judge in Kentucky has ordered Rowan County clerk Kim Davis to jail for refusing to issue marriage licenses, including to same-sex couples.

Davis, who was found in contempt of court by U.S. District Judge David Bunning, has been the center of controversy recently for citing her religious beliefs in refusing issuing marriage licenses to same-sex couples — or any couples, for that matter — after the Supreme Court ruled that same-sex marriage is legal in all 50 states.

David Moore and David Ermold, two Kentuckians who went viral in July for posting a video of Davis refusing to issue them a marriage license, have been denied a license four times. The Supreme Court on Monday denied Davis’ injunction request for an exemption to the Obergefell v. Hodges ruling. Davis, an elected official, was summoned to court on Tuesday.

#KimDavis taken from courtroom into custody by U.S. Marshals

Audible gasp in the courtroom as Kim Davis was taken into custody by U.S. Marshals.

ACLU had asked for fines. Judge Bunning said he didn't do it lightly but said it was necessary in this case. #KimDavis

"Our system of justice requires citizens – and significantly, elected officials – to follow the rules of the courts," Judge Bunning says.

Judge Bunning said he does not lightly send Rowan Co clerk to jail. But "in this country, we live in a society of laws." ^JC

WKYT has been told #KimDavis will be taken to the Carter County Detention Center.

UPDATE — 3:30 p.m. ET: All of Davis’ deputy clerks have agreed to issue marriage licenses to same-sex couples, except for Davis’ son.

#KimDavis: The only deputy who has not agreed with judge is her own son, who works under her in the office. 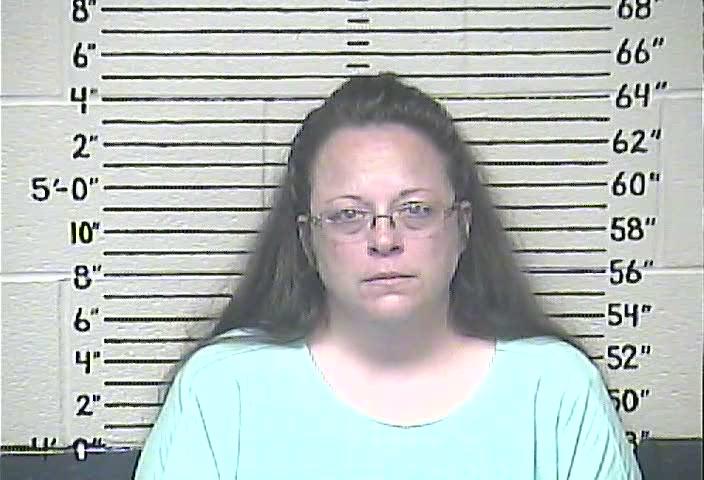