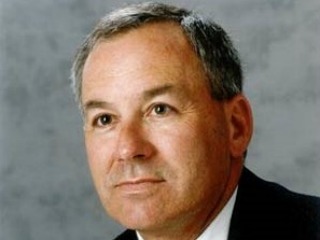 Kansas State Representative Mike O’Neal celebrates the Christmas season, it would appear, by forwarding “jokey” emails to his colleagues. MISTAKE #1!

The email, which included the subject line “Twins separated at birth?” contained a picture of Michelle Obama, her hair made messy by the wind, next to an image of the Grinch. “I’m sure you’ll join me,” the email read, “in wishing Mrs. YoMama a wonderful, long Hawaii Christmas vacation — at our expense, of course.”

“Sorry,” O’Neal wrote, “just had to forward this latest holiday message. I’ve had worse hair days, but this is pretty funny.”

You know, pretty much exactly the kind of email Jesus might’ve forwarded to his friends so that they, too, might delete it immediately, murmuring “What is it with this dude and these email forwards?” under their collective breath.

RELATED: GOP Rep. Sensenbrenner On Michelle Obama: ‘She Lectures Us On Eating Right While She Has A Large Posterior

O’Neal has since apologized for the email, saying he didn’t read through the entire thing before sending it along:

Cartoons are intended to be humorous. This one made me laugh — I’ve had bad hair days too. I forwarded it too quickly, missing the text included in the body of the mail. To those I have offended, I am sorry. That was not at all my intent.

Prior to his apology, however, O’Neal’s office had defended the email by noting that “political cartoons are a part of American culture,” adding that he had meant to poke fun at himself and draw attention to the First Lady’s spending habits:

It’s hard to see how Mike O’Neal poking fun at himself and forwarding a lighthearted political cartoon about the first lady’s extravagant spending of taxpayer funds during a time when many Americans are financially struggling is newsworthy.

Sorry if you’re offended or whatever. HAPPY NEW YEAR!