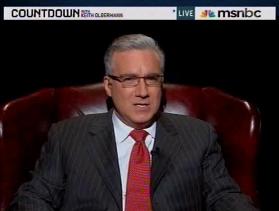 Keith Olbermann announced during last night’s Countdown he would be taking a “couple weeks vacation off.”

The opportunity to guest host MSNBC’s top-rated program has often led to other roles at the network, but this time, we won’t gain a new free agent – it will be Lawrence O’Donnell.

O’Donnell was announced as the heir apparent to the 10pmET hour back in June, and has presumably been off the air preparing the new program for the last month. Now he’ll be back for two weeks, and viewers may be treated to a preview of what that show will become.

O’Donnell is the latest in a long line of Countdown guest hosts to get his own show. Before O’Donnell, it was Rachel Maddow who would regularly fill in for Olbermann, and when she got the 9pmET hour, Olbermann said he “had something to do with” the move. There was a time David Shuster would regularly fill in on Countdown, and although he got the 10am and 3pmET hours, that eventually went downhill.

The vacation, which was announced for the first time on Twitter during Friday night’s Countdown, comes after a turbulent week for Olbermann – and not because of anything he did. Since Tucker Carlson‘s purchase of KeithOlbermann.com and subsequent personal shots at the host during our podcast with him, Olbermann’s only public comments have been mild and he has not addressed the issue on his show.

Now he steps out of the MSNBC spotlight for the next two weeks.