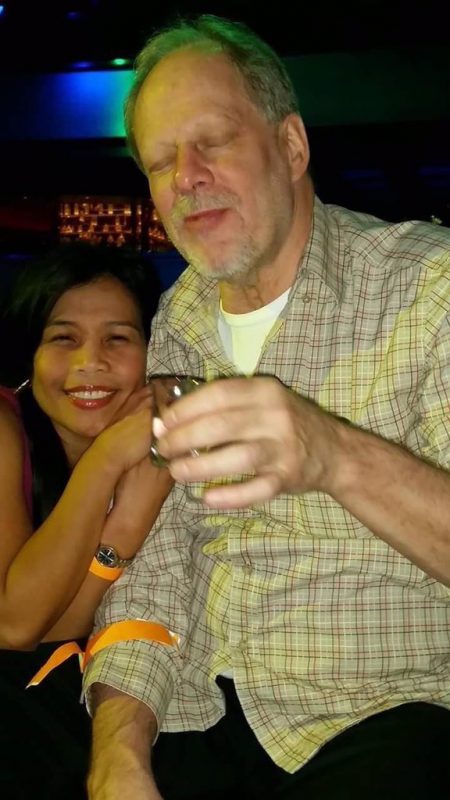 Details are coming in on the the shooter responsible for the deadly mass shooting in Las Vegas lat night.

The shooter has been identified as Stephen Paddock, 64, of Mesquite, Nevada. He opened fire from 32nd floor of Mandalay Bay Hotel during a Jason Aldean concert that has thus far led to the deaths of 58 people and left more than 500 wounded. He is believed to have been an accountant with no criminal record and, according to local authorities, had been at the hotel since September 28. He had a private pilot license and it also appears that he was a plaintiff in a lawsuit against another Las Vegas hotel — that has since been settled.

Paddock moved from Reno in 2015 to a $369,000 home in a Mesquite retirement home, just 90 minutes outside Las Vegas. According to the shooter’s brother Eric Paddock, he became a “gambler” after his move to Nevada.

Eric also expressed shock and sympathy for the attack. Speaking from his Orlando, Florida home, the brother offered little insight saying: “We know absolutely nothing, this is just, we are dumbfounded,” adding “absolutely no indication he could do something like this’ and said that Stephen had no political or religious affiliation” and  “he was just a guy. Something happened, he snapped or something.”

Paddock took his own life following the massacre, in what is now described by police as a “suicide mission.” Authorities found a number of weapons in his hotel room and a camera system set up so that the assailant could see police approach his room, ostensibly before he took his own life.

Video that has emerged of the shooting depicts multiple rounds being fired from an automatic weapon, perhaps modified to carry more than the standard 30-bullet magazine. LVPD confirmed that the hotel room in Mandalay Bay from which the assailant shot at concert-goers contained 10 weapons for the attack, which lasted roughly 10 to 15 minutes according to eye witnesses.

While authorities believe this attack to be that of a “lone wolf,” they have found a female companion of Paddock who they initially thought accompanied him to the show named Marilou Danley. She was a “person of interest” but has since been cleared of any involvement in the shooting since now, authorities say, she was actually out of the country at the time. She may, however, still be able to provide insight into Paddock’s mindset and/or motivation, as she reportedly lived with the shooter in his Mesquite home.

The first photo of the alleged assailant above came from Danley’s Facebook page.

Details still emerging and this post will be updated accordingly.