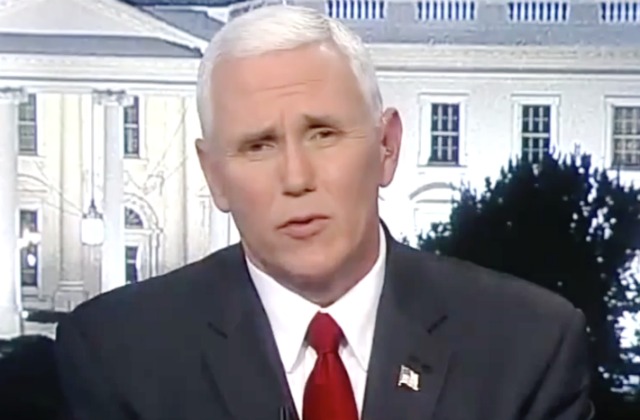 The Washington Post‘s recent discovery of 15-year-old remarks from Mike Pence — about his refusal to eat dinner alone with a woman other than his wife — has led to some hyperbolic responses to the vice president’s socially-conservative conduct. The outrage on the left, however, reached new levels with two items published on Thursday and Friday.

Ashley Csanady of Canada’s National Post claimed in a Thursday column that not only was the Republican politician “sexist,” but wildly asserted that “at its core, Pence’s self-imposed ban is rape culture.”

Despite admitting that the phrase was “so overused it’s become almost meaningless,” Csanady outlined that it was fitting to use in Pence’s case:

The explicit reasons for Pence’s restriction are religion and family, but the implicit reason is that he must avoid alone-time with women lest his stringent religious moral code fall apart in the presence of a little lipstick and décolletage. That is rape culture.

Of course, the left-wing Canadian journalist backed up her point by playing up that the vice president “opposes abortion” and “sits in the whitest, malest cabinet since Ronald Reagan.” She snarked, “One has to wonder if he meets alone with the four female Cabinet members, or whether his wife joins him like a chaperone in a period piece.”

The following morning, Vox joined the anti-Pence parade by publishing an item from law professor Joanna L. Grossman, who contended that “the practice described by Pence in that 2002 interview is clearly illegal when practiced by a boss in an employment setting, and deeply damaging to women’s employment opportunities.”

Grossman cited “Title VII, which governs workplace discrimination, does not allow employers to treat people differently on the basis of certain protected characteristics, one of which is sex.” She continued that “employers are not permitted to classify employees on the basis of gender without proof that sex is a bona fide occupational qualification for a particular job. A Pence-type rule could never satisfy this test.”

The professor concluded by underlining that “women have been shut out of equal employment opportunity for all of history. It’s long past time the doors to power and opportunity were opened, whether after hours, on a trip, or, gasp, at a working dinner with a male boss.”

She then dropped a reference to the popular Broadway musical Hamilton: “After all, as the song ‘The Room Where It Happens’…puts it, sometimes ‘decisions are happening over dinner.'”