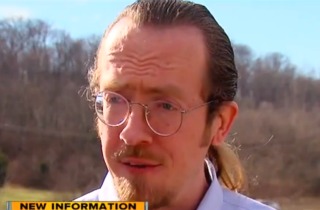 An Ohio man last week bought $650 worth of tickets for The Interview so he could try selling them himself online, but there wasn’t enough demand and he’s fighting a local movie theater to get his money back.

Jason Best bought 50 tickets––at $13 a ticket––from the Esquire Theater in Clifton, with the goal of selling them back (while keeping one for himself). But Sony ended up making The Interview available online, meaning that more people gravitated towards watching it at home, which led to less people seeing it in theaters. As a result, Best did not sell all his tickets.

He tried to return them to the theater, but they would not accept them. The theater’s head manager said they don’t give refunds for movies labeled as special events and, she claims, he was trying to illegally scalp the tickets for higher prices online.

And the president of the theater company argued that this circumstance is different because he was not acting as an individual who wanted to go to the movies, but as a businessman.