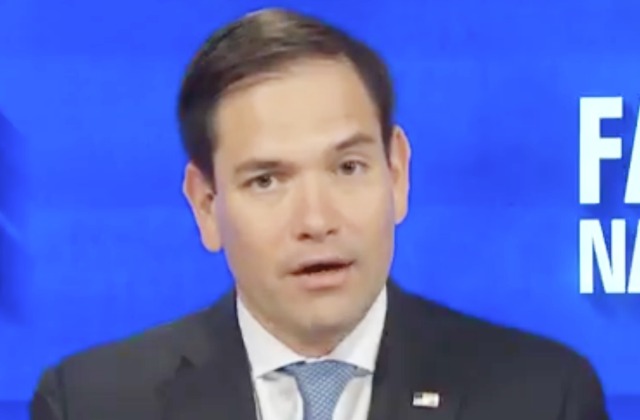 By now, you may have seen the photo of Senator Marco Rubio and Ivanka Trump earlier having a bit of an awkward hug:

The First Daughter and Florida senator met today to discuss tax reform with a few other senators, but the awkwardness of that photo got a lot of play on social media.

Well, Rubio decided to get a little snarky about the attention on Twitter later:

We believe we have our own unclassified photographic evidence that will shed greater details on this incident.

We are also attempting to acquire multi-angle video which we believe will provide greater insight into this important matter.

If you were filming at the Senate carriage entrance today between 11:20-11:25 am we are seeking your assistance with an active investigation

UPDATE –– 7:30 pm ET: The First Daughter has since tweeted as well:

Anonymous sources say @marcorubio planned the alleged failed hug. I have no comment (but I would have hugged him anyway! ?) https://t.co/TChrqWsL4D