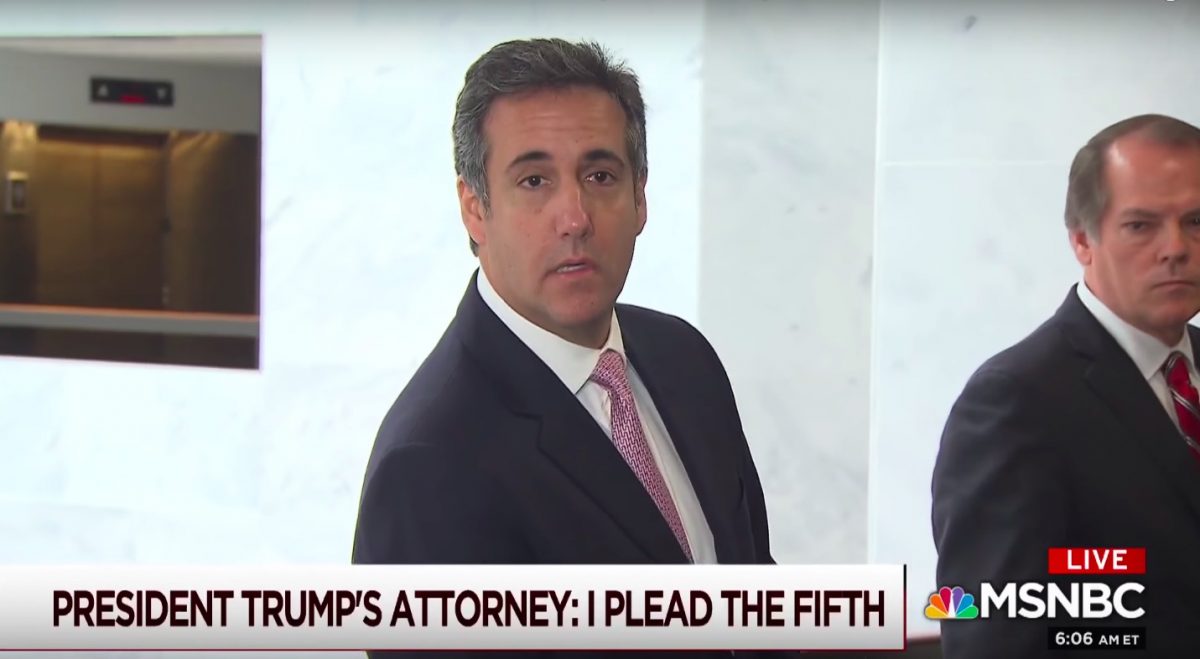 Now, the president is seemingly putting Cohen in another difficult position, by taking to Fox News to discuss the ongoing investigations — basically the last thing a lawyer wants done in the midst of a federal probe.

Almost immediately after Trump went on Fox & Friends on Thursday, Cohen was speaking with his own attorneys over the phone. “I’m on the other line with my lawyers…” he told CNBC’s Brian Schwartz, who called the attorney following Trump’s interview to get his reaction on record.

For Trump’s lawyers this must be like watching your toddler play in traffic.

Cohen hung up the phone on Schwartz, who then went on to write an article about the ordeal.

Meanwhile, both parties can’t seem to agree on whether Cohen actually served as Trump’s personal lawyer above all else in their relationship. The president’s comments on Thursday seemed to make the claim that Cohen was rarely involved in his legal matters: the attorney only handled “a tiny, tiny little fraction” of his “overall legal work,” Trump said, while admitting he was represented by his longtime attorney “on some things … like with this crazy Stormy Daniels deal.”

Cohen has announced he would plead the fifth during the ongoing court battles — but it seems like Trump will do enough talking for the both of them.