Missouri Gov. Calls for Removal of Democratic Legislator for Her Trump Assassination Comment

Missouri Gov. Calls for Removal of Democratic Legislator for Her Trump Assassination Comment 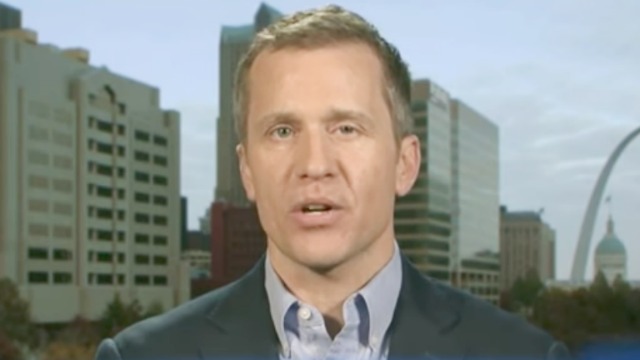 A Missouri state senator is under intense criticism this week after making a comment on Facebook expressing hope that President Trump gets assassinated.

State Sen. Maria Chappelle-Nadal posted online about how the President was causing her “trauma and nightmares.” In response to one of the comments on her post, she said, “I hope Trump is assassinated!”

She told the Kansas City Star that she did not mean it and posted that statement out of frustration:

“The way I responded this morning was wrong,” she told The Star. “I’m frustrated. Did I mean the statement? No. Am I frustrated? Absolutely. The president is causing damage. He’s causing hate”…

“It was wrong for me to post that,” Chappelle-Nadal said. “But I am not going to shy away from the damage this president is causing.”

There have been numerous calls in Missouri for her to resign, even from her own party. Senator Claire McCaskill said Chappelle-Nadal should resign, and the Chairman of the Missouri Democratic Party put out the following statement:

State Senator Chappelle-Nadal’s comments are indefensible. All sides need to agree that there is no room for suggestions of political violence in America – and the Missouri Democratic Party will absolutely not tolerate calls for the assassination of the President. I believe she should resign.

And yesterday, Missouri Governor Eric Greitens tweeted that if she does not resign, the state Senate should vote to remove her:

Senator Chappelle-Nadal said she hopes the President is killed. Republicans and Democrats have called on her to resign.

Her response: "Hell no." Last night, in an interview, she refused to apologize—twice.

If she will not resign, the Senate can vote to remove her. I believe they should.