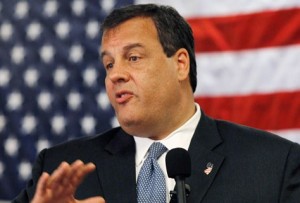 Ron Brownstein is the political director of National Journal and appeared today on Morning Joe to make sense of a slate of GOP presidential candidates that currently appears to be wide open. Because the slate has not yet “coalesced,” it seems that the opportunity for a late comer to challenge for the nomination is very real. Brownstein surmised that GOP support falls across two clear categories: fiscal conservatives, who support Mitt Romney, and “blue collar populists,” who support Mike Huckabee. But in the eyes of Brownstein, NJ Governor Chris Christie is the one candidate that truly appeals to both.

Two things about Chris Christie worth mentioning, numbers say that the opportunity for someone to come into the race late is very real this thing has not coalesced. the second challenge, i said before, you have candidates who each appeal to one segment of the party, Romney, an upscale economic manager, off Huckabee or Palin who speaks to that downscale blue collar populism, Christie is someone who potentially has appeal across both dimensions.

Brownstein added that Christie’s record and reputation of being “tough enough on spending” combined with his “populist impulse on the blue collar side” combine to make a compelling argument for his candidacy. Brownstein also mentioned Haley Barbour and Tim Pawlenty as having similar, though lesser, appeal to both sides of the GOP support base.

Watch the clip, courtesy of MSNBC below: