MSNBC Senior Executive: ‘MSNBC Does Not Have A Political Agenda…We Tell The Truth’ 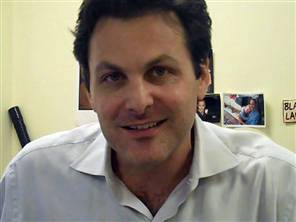 In the world of cable news opinion media, its a rather well accepted axiom that Fox News primetime line up advances opinion that are from the right of center, and that MSNBC’s line up presents news and analysis from a left of center point of view. But according to a recent interview with The Hollywood Reporter about the media’s ostensible obsession with Sarah Palin, not everyone seems to see the “opiniotainment” landscape in such binary terms. Bill Wolff, for example, claims that MSNBC is not “driven by politics.”

“She’s powerful and important, even if all you measure her by is her ability to raise money,” he says. “She matters. Her blessing and her endorsement mean something.’

Wolff called it “nonsense” that MSNBC is driven by politics or even profits when it comes to how much airtime it devotes to Palin.

“MSNBC does not have a political agenda. The idea that we’re beholden to one side or the other is ridiculous,” he says. “And if Sarah Palin is so good for business, why would we want to destroy her? We tell the truth. We hold up a mirror and say, ‘This is what’s going on.’ We’re not so crass to think that she’s good for business, therefore we’ll talk about her.”

This seems to be in stark contrast to MSNBC president Phil Griffin who has more openly embraced the fact that MSNBC primetime hosts lean left. Griffin said of MSNBC’s shift in strategy , “It was more organic than a conscious strategy to go left,” concluding “a vision of smart progressives just began to emerge.”

MSNBC has had great success with its shift to the left, and as a senior executive at the network it seems odd that in a moment of political correctness Wolff would distance himself from that successful strategy. But if certain Fox News and MSNBC executives still want to say there is no political agenda in their coverage so be it. They both can legitimately claim their dayside coverage is distinct and separate from the opinionated coverage in prime time. But Wolff is a prime time executive and more important, the showrunner and sometimes fill-in host for the very well regarded but overtly left leaning Rachel Maddow Show, which makes the comment all that much more difficult to understand.