THE PRICE IS WRONG

NBC’s Tom Brokaw Gets Clever With Tom Price Scandal: ‘His Flight Plan Ran Out of Runway’ 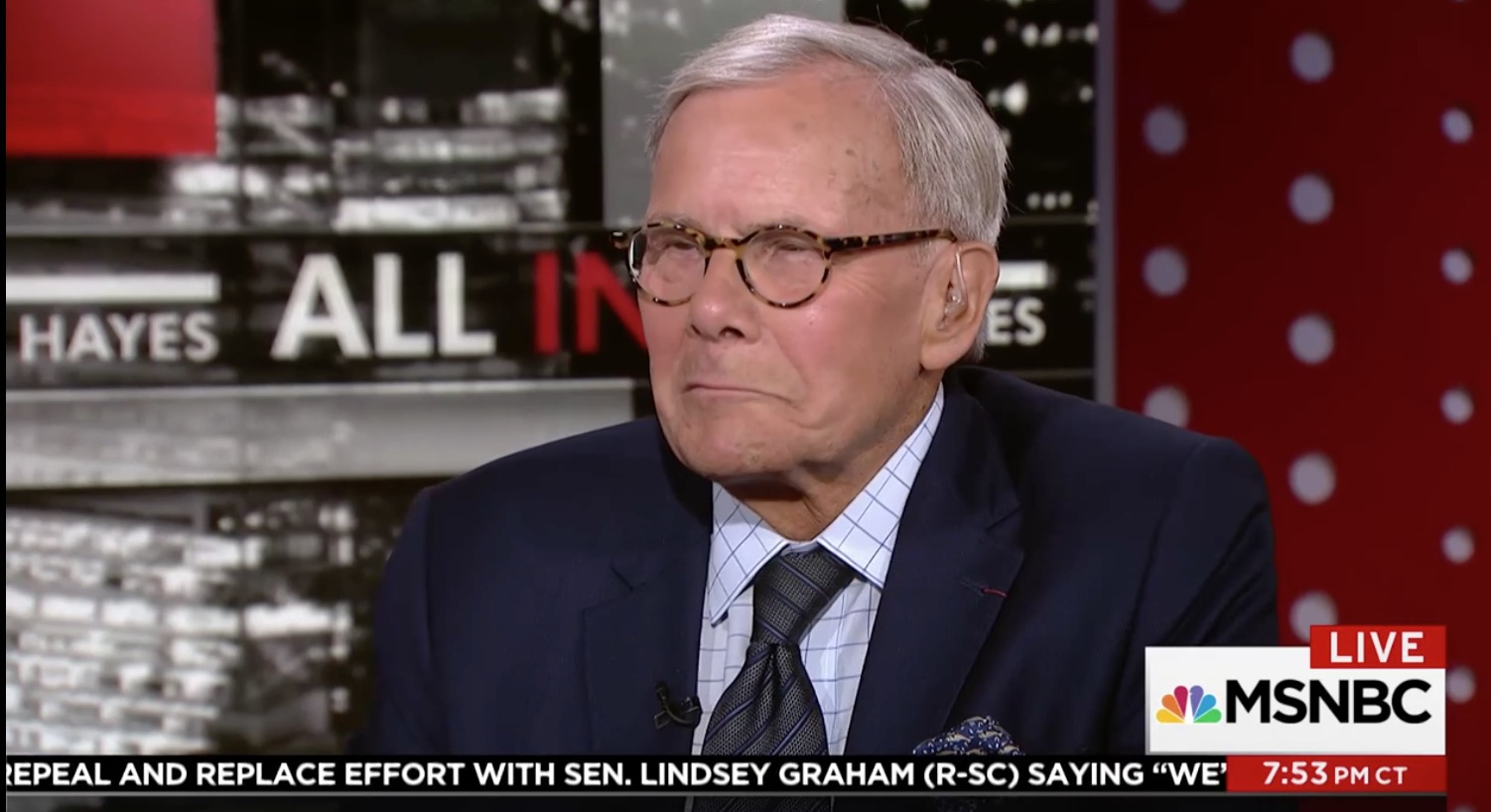 “Price wanted to drain the swamp to make room for a charter business and pay for a single seat. but his flight plan ran out of runway,” quipped Brokaw on Twitter.

and pay for a single seat.

but his flight plan ran out of runway

Price, a former physician and Republican congressman from Georgia, was forced out of his position after using $1 million in taxpayer money to fund his private charters, rather than opting for less-costly commercial flights.

Brokaw, a special correspondent and 50 year veteran at NBC, has not been shy in criticizing the Trump Administration — even going so far as to  claim Trump’s platform attempts to “destroy the prevailing culture in this country.” Brokaw made these comments while appearing on Morning Joe recently, where he also said the current White House has led to “a crisis point for this country.”

The legendary newsman wasn’t the only person on Twitter to use Price’s scandal as a source for humor, as his pun-friendly name made for countless on-the-nose digs.

price had too much baggage, overhead

The Price is wrong.

I’ll show myself out.

PRICED OUT
THE PRICE IS WRONG
AT WHAT PRICE
CAN’T BEAR THE PRICEhttps://t.co/aJseTUeaNn