NFL: Trump Lying About Claim League Sent Letter to Him on Debate Schedule 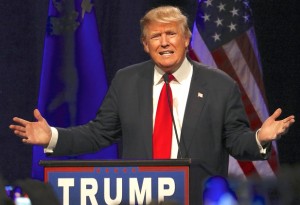 Is Donald Trump lying about having received a letter from the NFL complaining about the schedule for the presidential debates?

The issue first came up last night in a Trump tweet, in which the republican nominee attributed blame for the schedule —which is made well in advance by the nonpartisan Commission on Presidential Debates — to Hillary Clinton and the Democratic National Committee.

As usual, Hillary & the Dems are trying to rig the debates so 2 are up against major NFL games. Same as last time w/ Bernie. Unacceptable!

Then, Trump gave an interview to ABC’s George Stephanopoulos, in which he claimed that the NFL was up in arms about the debate schedule.

But the league is denying Trump’s account. NFL spokesman Brian McCarthy told CNN’s Brian Stelter that the league never sent the candidate any such letter.

Top @NFL spokesman tells me: "While we'd obviously wish the debate commission could find another night, we did not send a letter to Trump."

The first debate, scheduled for Monday Sept. 26, is slated to take place opposite the Atlanta Falcons vs. New Orleans Saints game. The third, ticketed for Sunday Oct. 9, will be up against the New York Giants vs. Green Bay Packers match-up.